Monbiot - the Fly in the Ointment 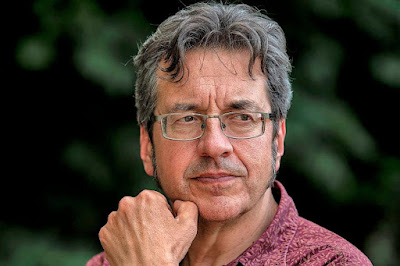 When it comes to averting climate catastrophe there are many perilous challenges but one stands head and shoulders above the rest - the very people we elect to high office.  George Monbiot writes they're selling us and especially our young down the river.

In seeking to prevent environmental breakdown, what counts above all is not the new things we do, but the old things we stop doing. Renewable power, for instance, is useful in preventing climate chaos only to the extent that it displaces fossil fuels. Unfortunately, new technologies do not always lead automatically to the destruction of old ones.

Fossil fuel companies need spend just a fraction of their income on lobbying – funding politicians and their parties, buying the services of thinktanks and public relations agencies, using advertising to greenwash their credentials – to impede the energy transition and defend their investments. Fossil fuels will become stranded assets only when governments insist that they be left in the ground. Yet, somehow, a major strand of thinking in rich nations continues to ignore this obvious truth.

What exactly is Monbiot on about? The same thing that Hans Joachim Schellnhuber, then head of the Potsdam climate institute, stated at the 2015 Paris climate summit - our only hope of averting catastrophic, runaway climate change required the "induced implosion" of the fossil energy giants. Their threat to humanity and other life on Earth has become so grave that they must be put down.

Whether Liberals will admit it or not, we have a shameless greenwasher for a prime minister. All this bullshit about carbon capture is smoke blown up your backside.  Trudeau's infernal pipeline to the Pacific and this new, million bbl per day seabed oil field off Newfoundland speak for themselves.

On Monday, the Guardian released an analysis they conducted of pending oil and gas projects, Carbon Bombs, that will destroy life as we've known it.  The fossil energy industry and their political minions, they wrote, are "betting against humanity." Let that sink in for a minute.

Of course that was from the Guardian and, after all, they're tree huggers.  How about an alternative view from a respected source recognized to be energy friendly or at least neutral - the International Energy Agency.

The world’s leading energy economist has warned against investing in large new oil and gas developments, which would have little impact on the current energy crisis and soaring fuel prices but spell devastation to the planet.

Soaring global energy prices have led governments to seek new sources of fossil fuels. “I do understand why countries are reacting like this,” he said. “But there is the issue of the time horizon.”

Big new exploratory projects for oil, gas and coal would take years to produce any fuel and could lock in high greenhouse gas emissions for decades, Birol warned.

On Wednesday, the UN Secretary General, Antonio Guterres, reiterated that the time for talk is over.

The UN secretary general called for an end to new fossil fuel projects, warning that climate change posed “an existential threat to us all – to the whole world”.

Speaking at a press conference on Wednesday, António Guterres said: “Main emitters must drastically cut emissions, starting now. This means accelerating the end of our fossil fuel addiction and speeding up the deployment of clean renewable energy.”

The IEA advised almost exactly a year ago that no new gas, oil or coal development could take place from this year onwards if the world was to limit global heating to 1.5C. That finding caused shockwaves among governments in the run-up to the UN Cop26 climate summit in Glasgow in November, where leaders agreed to bring forward national plans in line with the 1.5C limit.

TB, November will usher in the COP-27 climate summit.  Just like earlier COP summits, it's being heralded as our last chance to act. Is it any wonder that some in the science community are beginning to question why they should bother preparing new studies when the pols have all the information they could possibly need yet refuse to heed the warnings?

This effort dates back to 1992. 30 years of grand promises and hot air. Can we fault their cynicism?

Owen, realism is anything but pessimism.