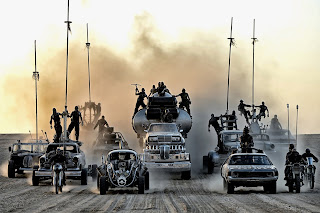 A lot of attention is being paid to the "end of growth" expected to grind the global economy to a near halt by the end of the 2020s.  See here, here and here.

It was with this in mind that I came across a pitch from Avanti Energy Inc. for what it called the "next commodity boom" - helium.

It's all there.  The shortage of helium reserves. A wasting non-renewable asset.

Avanti invites investors to join it as the company scours the U.S. and Canada to discover the best remaining helium structures to tap.  The idea is that they're not making any more of it. We're fast running out of the easy, cheap reserves.  Shortages = money, money, money.

However, helium is not a renewable or replaceable resource, therefore striking new finds is paramount to continued successes in the industries mentioned above.

Big Tech, nuclear reactors, medical equipment, and the international space race are all linked together in their dependence on helium.

And without it, life as we know it would be a very different experience.
No helium means no Big Tech

However, few consumers know that these servers are supported by helium, so if this gas runs out, these powerful services, integral to modern life, could disappear.

This is a powerful, cash-rich sector with considerable incentive to see helium survive.
Whether you call this behaviour disaster capitalism or old fashioned cornering the market, the predatory motivation is pretty obvious.  This critical resource is becoming scarce. Let's get a corner on the market. Profit from strategic resource desperation.
How many other critical resources will that hoarded cash, accumulated by the 1 per cent, be used to lock up? What's next, Mad Max?