Who Appointed This Guy? 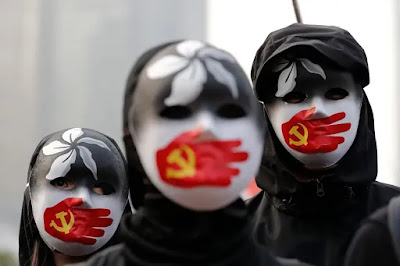 A Canadian senator says Canada should stop criticizing China for its persecution of its Uyghur minority.

Echoing an argument made by Chinese officials at the UN last week, Woo said China's policy toward the Muslim minority in Xinjiang province is similar to the colonialism directed at Indigenous peoples in this country, and that condemning the Asian country in harsh terms would be hypocritical and "simply an exercise in labelling."
Woo, who was appointed by Prime Minister Justin Trudeau in 2016, urged senators to reject a Conservative-led motion in the upper house that would denounce China's genocide against the Turkic minorities, because this sort of "cynical" statement would further damage already strained Canada-China relations.
Woo says the Chinese people are happy with their democracy although it's not clear what this democracy he cites is or where it may be found and between what hours. Senator Woo also seems not to have heard that China is still holding two of our citizens hostage in its prisons.