Trump and His Muppets Play Possum 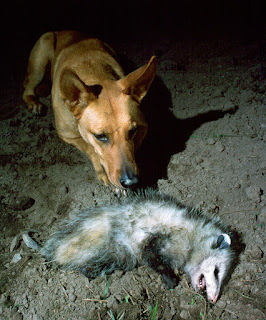 There was a time they wouldn't shut up. Now, except for when they're safely inside some Republican festung, they're a lot less talkative.

Trump showed up to a scheduled deposition today, after repeatedly trying to get out of it. Then he went mute, claiming the protection of the Fifth Amendment to refuse to answer any questions. Like other dons, he's not talking.

Rudy Giuliani is supposed to appear before a Grand Jury in Atlanta. Predictably, he sent his lawyers to court with a doctor's note claiming he's not fit to travel. The judge said if he can't fly he can always get there by car or bus or Amtrack. If need be he should call an Uber.

Giuliani “purchased multiple airline tickets with cash, including tickets to Rome, Italy and Zurich Switzerland, for travel dates ranging between July 22, 2022 and July 29, 2022. All of these dates were after [his] medical procedure.” It’s anyone’s guess how Willis’ office obtained that information, but even more puzzling is Giuliani potentially forking over thousands in cash for plane tickets if not for the sake of the purchase going undetected by the likes of Willis.

Willis suggested getting Giuliani to Georgia by bus, which sounds like the stereotypical hell one would experience on a Greyhound. More appealingly, she suggested Giuliani could also make it to Fulton County by train. Not only would Giuliani being reducing his carbon footprint on this trip but Amtrak may actually be enticing enough to compel Giuliani to take Willis’ office up on a fully paid for ticket. After all, the passenger train does include a bar car.
- my sincere apologies to possums. there was no intention to offend. you're wonderful critters and do a world of good for humanity.