How Do We Get Out from Under This? 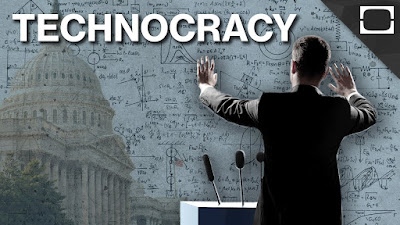 The American contagion has set in. Stephen Harper to Maxime Bernier to Pierre Poilievre to the Freedom Convoy - the signs are everywhere.  But what about the British contagion? That's a more troubling problem - the lack of ideas. Does this sound vaguely familiar?

If mainstream politics feels surreal and inadequate, this is partly due to the mysterious absence of a phenomenon that, for most of the past 150 years, was treated as an integral feature of politics and policy: ideas. Ideas have come in various shapes and sizes and from various sources. Some, such as those that formed Keynesianism, are associated with a single individual. Others, such as those that underpinned Thatcherism, were forged through an alliance of thinktanks (such as the Institute of Economic Affairs) and public intellectuals (such as Milton Friedman and Keith Joseph).

It is when the status quo breaks down in some way (as occurred in the UK in the 1970s or within the left after 1989) that ideas and intellectuals become most important in identifying routes forward, and establishing a new normality.

One crucial factor is the precedent of the most disruptive political campaign of recent British history: Vote Leave. ...Vote Leave offered no route-map towards a better “economic model”, and little explanation or evidence about how Brexit would improve the UK. It concentrated wholly on signalling, connecting with people by force of symbols and innuendo. This was post-policy politics, and it worked, as Boris Johnson and Cummings showed again in 2019.

In fact, it worked so well that Britain is now lumbered with a policy whose consequences are palpably disastrous, but which still no frontline politician dares to question.

...Reality will eventually catch up with whomever finds themselves in power over the coming years, just as it eventually caught up with Johnson. The last six years has demonstrated that politics without ideas is possible, but not necessarily desirable, either for the country or those in power. An abstract narrative does not fix anything by itself, but – if it gains a grip on reality – it helps coordinate the instruments of governing, campaigning, and communications, especially when the future is most uncertain. The alternative, to borrow Cummings’s helpful metaphor, is government by broken shopping trolley, lurching around aimlessly.
In Canada, the last two decades have been dominated by government bereft of ideas, vision.  Harper's former BFF, Tom Flanagan, told an audience that Sideshow Steve positively eschewed vision. He wanted nothing to do with it.
What great ideas have come from Harper's successor? What vision? His father left a vision, a revaluing of the rights of the individual against the state, that hasn't been emulated by anything in the decades since Trudeau senior's departure. It is this void, this lack of ideas and vision, that has left Canada and the developed world in the death grip of dysfunctional neoliberalism.
We are not governed, we are ruled. We are not led, we are administered.