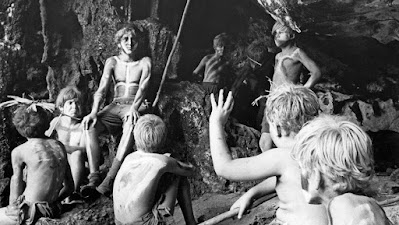 NYT  columnist, Frank Bruni, writes that Covid has brought out the worst in his fellow Americans - tribalism.

The pandemic, which could and should have brought us together, has instead driven us further apart, exacerbating our tribalism, which is an enemy of real progress but a friend to all sorts of dysfunction, all manner of meanness. The irrational obstructionism in Congress and lawmakers’ taste for vitriol and vengeance are tribalism run amok. Cancel culture, be it on the left or right, is a tribal impulse, not merely abetted but amplified by the technology of our time.

We humans are inherently tribal creatures. I get that. I’ve read and remember enough history and headlines not to be surprised. But the work of civilization — the advance of it — involves containing that tribalism, controlling it, moderating it with grander and more unifying ideals.

That work in America is currently in a state of crisis. You saw that at the Capitol on Jan. 6, 2021. You see it in public opinion surveys that document how darkly Democrats and Republicans regard each other. You see it almost hourly on Fox News, which casts Joe Biden not as a flawed president but as a doddering autocrat or socialist puppet turning the United States into a crime-besieged hellscape. You see it every minute — no, every second — on social media.

I’m obviously talking in particular about political tribalism, which, fascinatingly, is growing just as Americans’ attachment to organized religion is waning. Political observers have noted that and mulled the consequences. One of this tribalism’s obvious drivers is many Americans’ substitution of investment and involvement in physical communities with investment and involvement in online ones that more efficiently sort them into cliques of the rigidly like-minded. Another is many people’s use of the internet not to check or challenge their thinking but to validate it.

I also sense that many Americans, overwhelmed by the volume of competing information that comes at them and the furious pace of its delivery, outsource their judgment to a tribe and its leaders. Those leaders give them certainty in place of ambiguity, definitive answers in lieu of smarter questions. They’re liberated from genuine inquiry and freed from doubt.
Tribalism springs out of contrivance and ritual, constantly repeated until it achieves a gloss mimicking truth itself. It pits one tribe's beliefs against all others much like religious fundamentalism and other forms of chicanery. It feeds its adherents on a diet rich in fear and suspicion until they feed it to each other instinctively. Some way must be found to push back and force this dark genie back into its bottle.