If They Can't Handle a Pandemic, They'll Never Tackle Our Real Problems 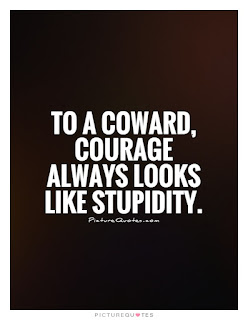 Two years and five waves reveal a dangerous pattern in the competence of Canada's provincial and federal governments as they struggle to balance the economy with the emergency.

At first, in the opening months of 2000, it was a "one and done" problem.  We go into lockdown, Covid takes the hint, and then we live happily ever after. We've been dancing to the vacillation of our "leaders" five times now. But, don't worry, when this fifth wave is over, we'll be fine.

This pandemic has left scars. We've drained our treasuries. We have watched our economies hobbled as the tap was repeatedly turned off then on then off.  We've discovered that our economies are not resilient, they're pretty fragile with their long and vulnerable supply chains.

Let's turn to a far more worrisome emergency, climate breakdown. That's a truly existential threat, not some body blow to the economy. It goes to the continued existence of our nations, our economies, and ourselves. It goes to the habitability of our overcrowded planet. We know we've got perhaps 20 years to fix this so what are we doing about it? We're building a pipeline.

Climate breakdown requires one thing, just one. Mankind must learn to live in harmony with nature, our one and only biosphere. We have tried to tame nature to our wants and that hasn't worked. It has failed on so many levels - climate breakdown, the loss of biodiversity, resource exhaustion and depletion, overpopulation, crippling inequality, on and on and on. As we continue to deny the limits of our very finite biosphere these problems simply grow larger, more intractible. We're losing.

To avoid dealing with the real problems we resort to infantile solutions, magical thinking, gestural responses such as carbon taxes, stuff that might have worked in the 70s or the 80s but not today.

We struggle to defend the indefensible, the economy and perpetual exponential growth. We seek to perpetuate the very calamities that have so spectacularly failed us.

A new study shows that our modern economy is not only wrecking the climate, it's also poisoning us as individuals.

There has been a fiftyfold increase in the production of chemicals since 1950 and this is projected to triple again by 2050.
Of the nine planetary boundaries we've now crossed five.  Chemical pollution now joins global heating, destruction of habitat, loss of biodiversity, and excessive production of both nitrogen and phosphorus pollution with ocean acidification now approaching the "never exceed" limit. 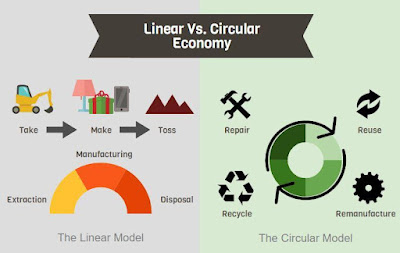