Have We Come Unhinged? 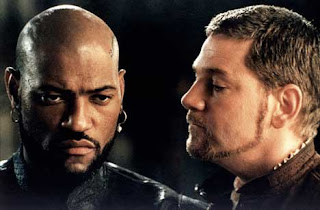 Can someone explain the rules to me? The rules about cultural appropriation.

I get it, some of it. White actors should not perform roles for native characters. Makes sense. Ditto for the role of Shakespeare's Othello, a moor.  Laurence Fishburne nailed that role.

In today's edition of Deutsche Welle, Dame Helen Mirrin is catching hell for playing the role of Golda Meir.

British actor Maureen Lipman has made headlines by asking if award-winning actor Helen Mirren was the right choice to play Golda Meir in an upcoming biopic on Israel's first female prime minister.

For Lipman, "the Jewishness of the character is so integral" to the figure, she told the weekly The Jewish Chronicle. But Mirren is not a Jew.
Meanwhile, Denzel Washington is getting rave reviews for his performance as Shakespeare's medieval Scottish badboy, Macbeth.
Othello, Golda Meir, Macbeth - I'm confused.
Wikipedia suggests that cultural appropriation happens all the time but it becomes controversial when a member of a "dominant culture" appropriates from a "minority culture."