Climate Departure? Too Soon to Say. 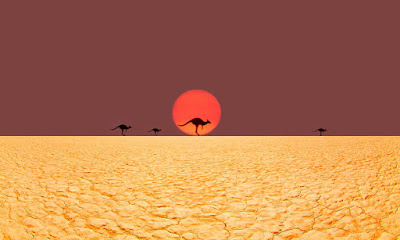 I wrote to Camilo Mora asking if the bizarre severe weather events that whipsawed British Columbia in 2021 evidenced the onset of what he termed "climate departure."

About nine years ago Mora and his team of analysts from his climate lab at the University of Hawaii digested hundreds of research papers on our warming climate to find prescriptive patterns of disruptive climate change.

As they pored through the analyses and data they concluded Earth was on the cusp of entering a new climate that would be unlike anything known in human history. It would be a departure from human experience.

Climate departure isn't about conditions getting hotter. It is about the absence of cold years. It is a new climate in which every year after departure will be hotter than the hottest year before the shift. No more cold years only steadily hot, extremely hot years.Mora phrased it rather eloquently: "The coldest year in the future will be warmer than the hottest year in the past."

Climate departure will be experienced differently in different regions. The cooler your existing climate the easier it will be to endure. However if you're from a warm/hot climate, it promises to be hellish. Climate departure may devastate agriculture, make working in fields difficult even dangerous, and claim the lives of those that typically succumb in heat waves - the very young and the elderly.

Among the places identified as the first to experience climate departure are the Caribbean and Central America. That could be upon them in less than five years. What climate change is already inflicting on Central America is well chronicled. Crop failures have triggered famine. Nicaragua is the most recent country to urge its people to find sustenance from the local critters, iguana. Unfortunately it's a stop-gap measure at best. Honduras promoted the iguana diet four or five years earlier. The locals have grown so fond of iguana and especially iguana eggs that the creatures are nearing extinction levels.

We are into the 2020s and strange conditions are upon us only not just in Central America, South Asia or the Middle East. British Columbians can attest to that.  Now, in the midst of northern hemisphere winter, South America and Australia are reeling from the heat.

As for the arrival of climate departure, there'll be years, perhaps a decade or more, before anyone will be taking a victory lap. It's really not the sort of achievement to be celebrated especially giving the stubborn resistance of the political caste.

I have to say that every day I scratch my head with the number of disasters linked to climate change, and how we still avoid dealing with the problem...like the current congress bill to deal with climate change. even if we deal with all emissions now, it will not be in our lifetime before things get back to normal...this is based on paleontological data when similar times have happened on earth.

All we can do now is wait for nature to confirm or refute the theory of climate departure. By the time the data is collected and analyzed it could be too late to make a difference. On this score Dr. Mora recommends that everyone check out "Don't Look Up" on NetFlix.  That might be his way of saying, "We're so screwed." There will be no discernible reprieve in our lifetimes or the lives of our grandkids even if we eliminate all greenhouse gas emissions today and even that is wishful thinking.

Hey, I've got an idea. Let's build a pipeline. Yeah. And then we'll put the really dirty, highest-carbon stuff in it - bitumen. And we'll put it in giant ships and send it any place we can find buyers willing to take it.