Are House Democrats Throwing In the Towel? 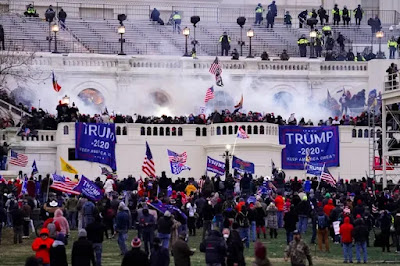 They struggled to wrest control of the House of Representatives from the Republicans but, with mid-terms still months away, their optimism is fading.

Many blame it on the toxic work environment.

“Congress has gone from an adversarial work environment to a hostile work environment,” said Democratic strategist Jesse Ferguson, who was a senior DCCC aide for the 2010, 2012 and 2014 election cycles. “It shouldn’t surprise anyone that people in safe districts aren’t that excited to reup for Congress the way it is right now.”

Members have spent the past two years working through a pandemic where the fun and interesting parts of the job—meeting constituents, traveling, seeing colleagues in-person—have been curtailed by COVID. The constant travel back and forth from districts to D.C. isn’t just a hassle, it’s a health risk. Omicron has renewed members’ worries about their own exposures, and those worries have been exacerbated by the half of House Republicans who won’t say if they’ve been vaccinated and the dozens who refuse to wear masks. The House isn’t immune from the “great resignation.”

On top of that, lawmakers survived a terrifying experience on Jan. 6, and tensions between Democrats and Republicans have grown significantly since that harrowing day.

“You cannot discount the impact that Jan. 6 had on some of these members. When your colleagues are threatening physical violence against you and your health and safety by refusing to wear masks and bringing guns on the floor it’s become a toxic work environment,” a chief of staff to one retiring House Democrat told VICE News.