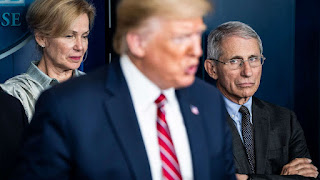 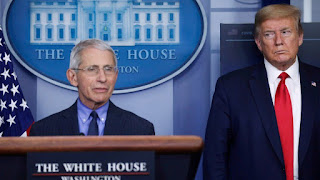 He hasn't had a day off since Covid-19 took hold in America and he's exhausted.  But the pandemic has not been Anthony Fauci's real struggle.

“There is no truth,” Fauci says, for effect. “There is no fact.” People believe hydroxychloroquine works because an Internet charlatan claims it does. People believe the 2020 election was stolen because a former president says so. People believe that Fauci killed millions of people for the good of his stock portfolio because it’s implied by TV pundits, Internet trolls and even elected leaders. Fauci is unnerved by “the almost incomprehensible culture of lies” that has spread among the populace, infected major organs of the government, manifested as ghastly threats against him and his family. His office staff, normally focused on communicating science to the public, has been conscripted into skirmishes over conspiracy theories and misinformation.

“It is very, very upending to live through this,” Fauci says, seated at his kitchen table in the midwinter light. He pauses. “I’m trying to get the right word for it.” He is examining himself now, at 81, in the shadow of the past two years. “It has shaken me a bit.”

The way he can comprehend the situation is in the context of the Jan. 6, 2021, siege of the Capitol. There it was, on live TV, an experiment as clear as day: The abandonment of truth has seismic consequences.

Something has been replicating in the American mind. It is not microbial. It cannot be detected by nasal swab. To treat an affliction, you must first identify it. But you can’t slide a whole country into an MRI machine.
...Fauci is not naive. He gets that a third of the country won’t hear him. He still understands Washington enough to see how it is deteriorating in new and disturbing ways, as fringe thinking spreads to the central organs. As Peter Staley puts it: “Because one party has turned so anti-science, Tony’s power is no longer stable.”