Is America's Radical Right Rallying for a New Offensive? 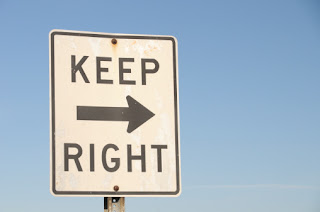 Conservative extremism isn't easy. It's exhausting although it's always rewarding when you can tilt an entire country's political keel.  You know it's working when leaders such as Florida governor, Rick DeSantis, muse about creating their own state paramilitary that will answer only to the state house, or when you stack the highest court in the land with those of your own ilk who will reliably do your bidding on anything from voters rights to abortion. That's your kind of progress.

We learned today that Germany may be forced to fund a foundation for the radical AfD to spread the gospel of fascism to hungry minds around the world.  I'm sure they'll open little book shops.

The New Republic has an article that warns a growing number of young intellectuals are flocking to America's radical right.

“Conservatism in 2021 means radicalism,” announced Nate Hochman, a 23-year-old writer at National Review. Describing the posture of his political milieu, Hochman spoke with urgency and without pretense, less eager to impress than to be understood. “We have to think of ourselves as counterrevolutionaries or restorationists who are overthrowing the regime.” He doesn’t mean by violence, necessarily. “But … there’s not a lot left to conserve in the contemporary state of things. There are things that need to be destroyed and rebuilt.”

...Given the high statistical likelihood that a young person who went to college is a Democrat, those college grads who are not liberal—the hardheaded holdouts who buck the trend—tend to be, well, as Shor put it, “really very weird.”

And because the right is not exempt from the iron laws governing left-wing nonprofits, highly educated elites tend to run Republican institutions, too. Hochman—who graduated from Colorado College earlier this year—may be a statistical unicorn, but young people who share his attitudes are common on the mastheads of conservative magazines, as well as among conservative activists, Capitol Hill staffers, and lower-tier alumni of the Trump administration. Which is to say, don’t be surprised if we begin hearing a lot more about “counterrevolution” from GOP officeholders.

...Trump would have been a better president, they believe, had his populist instincts not been reined in by the more establishment-minded figures on his staff, like son-in-law Jared Kushner. Nonetheless, Trump’s presidency was a suitable vehicle for the group’s blistering grievances against the liberal left and the conservative establishment. Indeed, their contempt for the latter sometimes seems to exceed their contempt for the former. “The smartest conservatives I knew in college had nothing but venom for the Republican Party,” one young writer told me. “Conservative priorities have been completely out of whack,” agreed Hochman. “We’ve been way too deferential to business interests at the expense of the people and the values that we claim to care about.” The New Right wants to see Republicans abandon their fealty to free-market dogmas, embrace traditional Christianity, and use the levers of state power to wage the culture war for keeps.
Not every young conservative shares the New Right’s orientation; some of the people I spoke to for this article dissented vociferously. But even the dissenters tend to acknowledge, if begrudgingly, that the “energy” among young conservatives is with the radicals. “The flavor of today’s politics is populism on the left and right, said Stephen Kent, a 31-year-old libertarian writer and podcaster. “It’s dismantling and challenging systems.” Kent speaks in a plaintive, almost philosophical tone about the failure of his own views to capture the moment: “Young people want radical ideas right now.”
Insofar as the conservative disposition cherishes the permanent things, conservative activism presents a problem. Someone, at some point, must forgo quiet contemplation of man’s tragicomic fallenness, put down the pipe, and enter the fray. As Buckley put it, in an editorial on the eve of his candidate’s epic defeat in 1964, “Counterrevolution—and that, really, is what Barry Goldwater is talking about—is a sweaty, brawly business.” (As you can see, “counterrevolution” isn’t, or at least wasn’t, foreign to the conservative lexicon.)

And herein lies a contradiction. Only the young have the energy, the optimism and will, to engage in that “brawly business.” And yet they have no real memory of the world they seek to restore. They can only grasp in the dark, among their own shapeless longings, for a handhold on the paradise lost. ...Stutter-step utopians, they move things forward by trying to move them back.
A Nietzsche for the New Right, Libertarian philospher Albert Nock.
Nock’s most memorable concept was that of “The Remnant,” a tiny, marginal community of right-thinking people who knew the true nature of state and society. Nock, in a moment of deep pessimism, advised that instead of seeking power through reform or revolution, individualists ought to simply nurture The Remnant—those who, when things got bad enough, would be called upon to restore the good life. The Remnant, as in the Book of Isaiah, are those who remain, who keep the faith, who wait to rebuild in the wake of catastrophe.

In a way, the current radicalism flips the idea of The Remnant on its head. “Why couldn’t a relatively small group of people that understand the true situation—if they’re willing to open this Pandora’s box of extralegal, extrajudicial, even extra-political power—why couldn’t they simply direct the inchoate sense of discontent in the country?”

The New Right knows itself to be a Remnant, has no illusions that it could be otherwise—but why not a Remnant that rules?
It's a worthwhile, albeit long article about a threat that's spreading throughout the West. The emergency of a young, intellectual radical right - vaguely similar but far more menacing than the buffoonery of today's radical Republicans, people such as Matt Gaetz, Marjorie Taylor Greene, Louis Gohmert, Lauren Boebert and their ilk.
It's normal for revolutionary movements to progress through stages, one group overtaken by another, more radical group. Think of the Menshiviks being displaced at gunpoint by the Bolsheviks. Or France with the struggle between Girondins and Montagnards leading to "the terror," the beheading of Robespierre and the rise of Bonaparte. Think of the Night of the Long Knives and the ascendancy of the National Socialists purged of its SA rivals.
If (as) America descends into chaos, radical movements could exploit the weakness and perceived failure of those they would displace and there's no reason to imagine this would be limited to the United States.