Is America Turning Us Into Nervous Nellies? 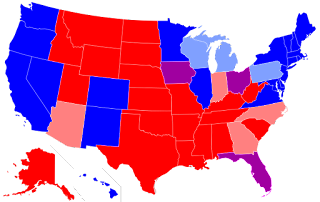 Let's face it, from Tea Partiers to QAnon to fundamentalist faux-Christians to heavily armed thugs who see nothing wrong with storming their nation's Capitol Building, a lot of our neighbours to the south are not right in the head.

I wonder if Canadians looking at the US in early 1861 had the same sense of unease that has gripped many of us today?

In the Globe, Stephen Marche, author of The Next Civil War: Dispatches from the American Future, wonders if 2022 will be the year the US breaks.

In the old Road Runner cartoons, the Coyote doesn’t immediately fall when he sprints off the edge of a cliff. He can keep going for quite a while with no solid ground beneath him. It’s only when he looks down that he plunges to the bottom. That’s America’s reality today. Its democracy ran off a cliff sometime in the middle of the past decade. And Americans are about to look down.

...For Canadians, the sudden, shocking vulnerability of the United States is unsettling on the deepest conceivable level. We are supposed to be the country that threatens to fall apart, not them.

...The trends leading to this calamity have not been hard to detect: the hyperpartisanship afflicting government, the high levels of vertical and horizontal inequality, environmental degradation, the rapid decline of faith in institutions of all kinds. But the roots of the current American crisis go back to the very beginnings of the United States.
In his farewell address, president George Washington warned of the greatest threat the republic faced, hyperpartisanship.
“I have already intimated to you the danger of parties in the state, with particular reference to the founding of them on geographical discriminations . This spirit, unfortunately, is inseparable from our nature, having its root in the strongest passions of the human mind. It exists under different shapes in all governments, more or less stifled, controlled, or repressed; but, in those of the popular form, it is seen in its greatest rankness, and is truly their worst enemy.”
The nub of the problem, as Marche sees it.
For 250 years, U.S. legal and political institutions provided a system through which to negotiate its incomparable competition of interests and perspectives, creating the world’s greatest democracy and economy in the process. But once partisan drive takes precedence over the national interest, it shreds the tension underlying the system. Unless both sides believe they’re on the same side, they aren’t. And once shared purpose disappears, it’s gone. A flaw lurked right at the core of the experiment, as flaws so often do in works of ambitious genius.

Increasingly, the question facing those who care about the United States is how, not if, the republic will end. There are several possible scenarios. At least one former general has already called for a Myanmar-style coup. Senior figures in government – senators, governors – have started openly discussing secession. Hard-right partisans, the ones who sparked the Jan. 6 attack on the Capitol, have not been quietly ruing the day; they’ve been planning for the next time. Countries require solidarity to survive. Solidarity in the United States has evaporated. The American political system is very dry tinder indeed. One spark is all it will take.
American democracy is showing many signs of morbidity. In 2014, Princeton released a paper that scrutinized congressional voting records when the public interest and private interests clashed. The authors found that, in the great preponderence of cases, private interests prevailed. America, they concluded, had already transitioned from a democratic republic into an oligarchy.

Since the Gilens and Page study we have seen many examples of first legislative, then regulatory, and, now, judicial capture. All three facets of government, that underpin America's vaunted system of checks and balances, are now in service to powerful private interests.
The nation stands divided, perhaps more divided than at any time since the Civil War. The crevices have become a breeding ground for white nationalism, racism, misogyny, and populist xenophobia.
Marche sees a couple of breaking points ahead: the Supreme Court handling of Roe v. Wade and rigged mid-term elections with full-throated gerrymandering and voter suppression.
Now that the American experiment is failing, where does that leave us?

An American collapse will change Canada’s position in the world and our sense of national identity. It will force a reinvention from the ground up. Once again, Canada will have to respond to the American reality. Once again, we will be in resistance. We already are. Obviously, every political and corporate leader should prepare for American chaos – at the border, in the markets, in international institutions, in the spillover of their toxic political discourse.

Confederation began during the first U.S. Civil War. The next civil war will require as much vision and fortitude on the part of Canadian leaders as the first. The question that faces Canada is not just “What do we do?” It’s “Who will we be?”