All She Can Do Now Is Sing 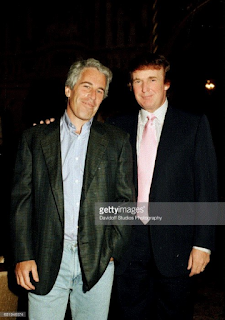 Sammy "the Bull" Gravano freely admits he personally murdered the better part of a dozen guys and participated in many other killings. Did he get the chair? No. Is he rotting away in some supermax dungeon? No. He's got a YouTube channel and book contracts and he's doing just fine. He's making money from having whacked other goons.

Sammy only served a few years in a highly secure facility, part of the deal he negotiated for turning on John Gotti and the rest of the New York mob. He got a sweetheart deal because he was more useful to prosecutors as a rat than a guy rotting away in a prison.

Do you think Ghyslaine Maxwell isn't looking for a deal, some way not to spend the rest of her life behind bars? She's small fry compared to Jeffrey Epstein's play pals, guys such as Bill Clinton, prince Andrew, Alan Dershowitz, billionaire Tom Barrack, Woody Allen, Clinton nemesis Ken Starr, and the man himself, Donald J. Trump.

One thing that must weight heavily on Ghyslaine's mind is the question, 'did Jeffrey really hang himself in his cell?' Two guards charged with watching Epstein 24 hours a day both take a powder at the very moment he chooses to hang himself? Neck injuries that one of America's leading forensic pathologists warns were inconsistent with hanging and evidenced strangulation by ligature.

Now Epstein is gone, no longer able to help Ghyslaine. She's on her own. Unless she's convinced that Jeffrey did hang himself, certain questions must be going through her mind.

Jeffrey can no longer do those people any devastating harm. He can't rat them out. She's the loose end in this mess, their ticking time bomb.