Nathan Cullen Gets the Bums Rush 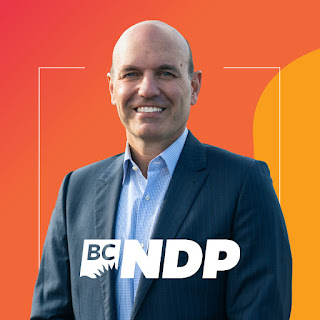 NDP MLA Nathan Cullen has been given his marching orders by the Gitxsan and Wet'suwet'en hereditary chiefs.

Members of the Gitxsan Huwilp Government posted the notice of eviction outside the NDP MLA’s office in Hazelton and said they were evicting him under Gitxsan law, Section 35 of the Canadian constitution and the 1997 Delgamuukw decision of the Supreme Court of Canada. The Stikine MLA’s Hazelton office is one of the two constituency offices he has in the northwest with the other situated in Smithers.

Cullen’s eviction comes a week after 29 Coastal GasLink (CGL) pipeline opponents were arrested by the RCMP near Houston between Nov. 18-19. All those arrested were subsequently released with conditions in court last week.

“You failed to ensure the safety of your constituents, including Gitxsan and Wet’suwet’en people from the violence and excessive force used by overly armed RCMP at or near Houston B.C. and New Hazelton B.C. during the months of October to November 2021,” read the statement of eviction issued Nov 26.

Cullen, who is also B.C.’s Minister of State for Lands and Natural Resource Operations, was also accused of failing to properly represent the causes and concerns of the Gitxsan and Wet’suwet’en people in the legislative assembly.

Failure to leave would lead to Cullen being considered a “trespasser, without permission” on Gitxsan land, said the office of the hereditary chiefs in the statement.

Chiefs of the Gitxsan Huwilp Government claimed that Cullen had not fulfilled any of the promises he made to the Huwilp “directly” during his campaign.
Cullen figures this will all blow over - kiss and make up.
“I’m sure we can come to some kind of understanding so that we’re not denying people services that they need, because that doesn’t really help anybody from my perspective,” said Cullen.
That sounds like an incredibly boneheaded thing for a guy to say who has just been evicted.