United Nations Report - We Blew It 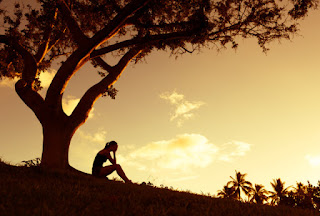 Grim news from the United Nations that we've squandered our opportunity to avert climate catastrophe.

Tuesday’s publication warns that countries’ current pledges would reduce carbon by only about 7.5% by 2030, far less than the 45% cut scientists say is needed to limit global temperature rises to 1.5C, the aim of the Cop26 summit that opens in Glasgow this Sunday.

Although more than 100 countries have promised to reach net zero emissions around mid-century, this would not be enough to stave off climate disaster, according to the UN emissions report, which examines the shortfall between countries’ intentions and actions needed on the climate. Many of the net zero pledges were found to be vague, and unless accompanied by stringent cuts in emissions this decade would allow global heating of a potentially catastrophic extent.
In the run-up to Cop26, countries were supposed to submit national plans on emissions cuts – called nationally determined contributions (NDCs) – for the next decade, a requirement under the 2015 Paris climate agreement.

But the Unep report found only half of countries had submitted new NDCs, with big emitters including China and India still to publish their plans, and several other governments – including Russia, Brazil, Australia and Mexico – had presented weak plans that were no improvement on their 2015 Paris pledges.
Joanna Depledge, of the Cambridge Centre for Environment, Energy and Natural Resource Governance, said: “There is an ambition gap between country pledges and the cuts needed to limit temperature rise … and even more troubling is an implementation gap – many large emitters are not even on track to meet their existing pledges.”
Myles Allen, a professor of geosystem science at the University of Oxford, said: “On current progress, we’ll close the 2030 emissions gap some time in the 2080s. There is no appetite for reducing fossil fuel consumption globally at the rate required."
Today's UN report is grim and about as blunt as warnings get.  There is an "ambition gap" and large emitters are not even on track to meet their existing pledges. You can count the Liberal government of Justin Trudeau among their ranks.  Canada is the 10th largest emitter overall, 2nd in per capita emissions. Yet our government is mendacious enough to say we're just a small country and can't possibly make any difference.
If, after 26 of these UN climate summits, we're still not going to meet the 2030 commitments, the evidence speaks for itself - there's no chance we'll go to net-zero by 2050.
After a summer of wildfires, the sort that can erase a town in a day, and heat domes and now weather bombs and atmospheric rivers and the arrival of marine migrants from great whales to sea lions and pelicans and pretty much everything in between the climate catastrophe is already here, knocking on our front door. Yet we're saddled with a prime minister so indifferent to this peril that he'd rather build a goddamned pipeline to flood world markets with filthy, high-carbon bitumen.