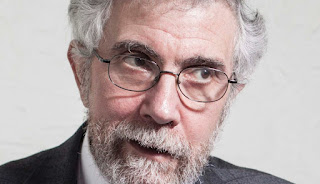 Have American workers said "enough"? Have they had their fill of long hours and low pay in jobs that offer few benefits and no security? Paul Krugman says their pent-up frustration has finally bubbled to the surface.

Why are we experiencing what many are calling the Great Resignation, with so many workers either quitting or demanding higher pay and better working conditions to stay? Until recently conservatives blamed expanded jobless benefits, claiming that these benefits were reducing the incentive to accept jobs. But states that canceled those benefits early saw no increase in employment compared with those that didn’t, and the nationwide end of enhanced benefits last month doesn’t seem to have made much difference to the job situation.

What seems to be happening instead is that the pandemic led many U.S. workers to rethink their lives and ask whether it was worth staying in the lousy jobs too many of them had.

For America is a rich country that treats many of its workers remarkably badly. Wages are often low; adjusted for inflation, the typical male worker earned virtually no more in 2019 than his counterpart did 40 years earlier. Hours are long: America is a “no-vacation nation,” offering far less time off than other advanced countries. Work is also unstable, with many low-wage workers — and nonwhite workers in particular — subject to unpredictable fluctuations in working hours that can wreak havoc on family life.

Krugman's conclusion - workers are demanding a better deal and it's in America's interests to see they get it.