The More the Merrier - A World Overflowing 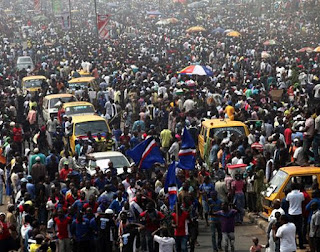 By 2100, India is expected to be the most populous country, predicted population 1.09 billion, down from today's 1.38 billion.

Current leader, China, at 1.4 billion is expected to contract by almost half to 732 million, falling to third place.  So, if China, now first becomes third, while India, now second becomes first, who gets second place by 2100?

That would be Nigeria that is expected to explode from today's 200 million to just shy of 800 million by the end of this century.  Nigeria may be looking at second place overall but it could double India's population density.

In these scenarios, the global population, now closing in on 8 billion, will rise to about 10.3 billion before entering a population decline.

The US will go from third today to fourth while Pakistan holds on to 5th overall.  Japan falls from 10th today at 128 million to 38th with a paltry 60 million.

Canada, thankfully, does not make the charts but, if we heed Mulroney's urging, we could be way bigger than Japan by 2100.

Much of Nigeria's predicted growth will be based on its petro-economy, especially crude oil and natural gas. That makes it a very reluctant player in the march to a low-carbon world.  For all its fossil energy wealth, Nigeria has a domestic energy shortage and high rates of poverty.  The CIA world factbook shows a poverty level of just over 40 per cent.

Are these projections reliable? I doubt it. We don't even know how hot the world will be by 2050, 2080 or 2100. Nigeria today averages 79 F in August, 85 F in March.  Africa is already being hit by  heatwaves and locusts. 200 million Nigerians also face a real food security problem.

Nigeria is facing a food security crisis that is compounded by the COVID-19 global pandemic and its effects on the food value chain in the country. The pandemic has significantly disrupted already fragile value chains across the country, including people's ability to produce, process, and distribute food.
As in other African countries, the best farmland in Nigeria is often snapped up by foreign companies producing for the export market. There is plenty of food in the grocery stores but at prices out of the reach of much of the population.
Why do I point this out? We need to understand what's going on in the poorest countries in order to make any sense of promises that come out of the Glasgow climate summit. Overpopulation and over-consumption, poverty and food insecurity cast a pall over the fine words of the powerful nations that just happen to experience the climate crisis from their latitudinally advantaged perches.
In terms of both population and consumption, we're already living far beyond our means. Both pose potentially existential threats to humanity regardless if we have some emissions epiphany.  Poor countries, the victims of our Industrial Revolution bacchanal don't really want our lectures on their fossil fuel habits. 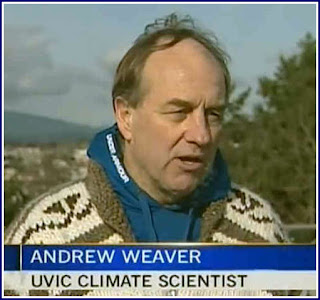 Former BC Greens leader and environmental scientists, Andrew Weaver, he who praised Trudeau's climate platform in the last election, knows all this talk about keeping warming to 1.5 C or even 2.0 C is laughable.  “1.5 degrees is not attainable. It never has been imho.”
If it's the unvarnished truth you're after, not the Kabuki theatre coming out of Ottawa and other G7 countries, Germany's WBGU is a good place to start.  Consider this, from 2009:
"The German Advisory Council on Global Warming has released their report available here in PDF format. Entitled Solving the Climate Dilemma: the Budget Approach, the council argues that budgeting (i.e. rationing) carbon emissions is our species' only hope. They've taken a global, per capita approach - count all the legs and divide by two. That means you're entitled to the same emissions quota as somebody from India or the Sahel of Africa.

"The German government's top climate scientist, Hans Joachim Schellnhuber, discussed his council's findings at a recent conference at New Mexico's Santa Fe Institute. AlterNet has an interesting report on the presentation by Mark Hertsgaard of The Nation:

"Schellnhuber and his WBGU colleagues go a giant step beyond the findings of the Intergovernmental Panel on Climate Change, the UN body whose scientific reports are constrained because the world's governments must approve their contents. The IPCC says that by 2020 rich industrial countries must cut emissions 25 to 40 percent (compared with 1990) if the world is to have a fair chance of avoiding catastrophic climate change. By contrast, the WBGU study says the United States must cut emissions 100 percent by 2020 -- in other words, quit carbon entirely within ten years. Germany and other industrial nations must do the same by 2025 to 2030. China only has until 2035, and the world as a whole must be carbon free by 2050. The study adds that big polluters can delay their day of reckoning by "buying" emissions rights from developing countries, a step the study estimates would extend some countries' deadlines by a decade or so."

Schellnhuber, then the outgoing chairman of the Potsdam Institute, put in an appearance at the Paris climate summit in 2015 where Trudeau strolled onto the convention floor to proclaim "Canada's back." He didn't pull any punches when asked if the 1.5 C consensus was doable:

“In the end it is a moral decision. Do you want to be part of the generation that screwed up the planet for the next 1,000 years? I don’t think we should make that decision.”

The Paris conference was attended by more than 2,000 scientists from 100 countries. Schellnhuber told the delegates: “In order to stay below 2C (36F) [the internationally agreed limit for global warming], or even 3C, we need to have something really disruptive, which I would call an induced implosion of the carbon economy over the next 20-30 years. Otherwise we have no chance of avoiding dangerous, perhaps disastrous, climate change.”
Schellnhuber's warning was clear. We're not going to transition to a zero-carbon world in time, not unless the major emitters without "really disruptive" intervention. Nothing less than an "induced implosion" of the carbon economy, something only governments have the power to enact, can avert climate catastrophe.
You'll hear a lot of weasel words coming out of Glasgow, vague promises and oodles of wiggle room but you won't get Vlad Putin or Justin Trudeau or Scott Morrison or any of the Gulf sheiks, princes and emirs lining up to put down the carbon economy.
There'll be no really disruptive intervention coming from this crew. The fact is that we (as in 'us') would howl like scalded cats at the mention of such a thing and our leaders know it.