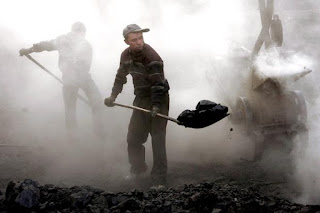 Less than 3 weeks from the opening of the Cop26 Glasgow climate summit, China has reversed course.

China plans to build more coal-fired power plants and has hinted that it will rethink its timetable to slash emissions, in a significant blow to the UK’s ambitions for securing a global agreement on phasing out coal at the Cop26 climate summit in Glasgow.

In a statement after a meeting of Beijing’s National Energy Commission, the Chinese premier, Li Keqiang, stressed the importance of regular energy supply, after swathes of the country were plunged into darkness by rolling blackouts that hit factories and homes.

While China has published plans to reach peak carbon emissions by 2030, the statement hinted that the energy crisis had led the Communist party to rethink the timing of this ambition, with a new “phased timetable and roadmap for peaking carbon emissions”.

“Given the predominant place of coal in the country’s energy and resource endowment, it is important to optimise the layout for the coal production capacity, build advanced coal-fired power plants as appropriate in line with development needs, and continue to phase out outdated coal plants in an orderly fashion. Domestic oil and gas exploration will be intensified.”
Our dwindling hopes of achieving a climate pact that would lead to a phase out of carbon fuels always hinged on achieving a solid consensus among the major economies. Working to a tight schedule of 50 per cent by 2030 and net zero by 2050 was a Herculean challenge.  Now China appears to be throwing in the towel which could have ramifications around the world, especially in Washington where the rightwing extremist Republicans will be lining up to attack Biden. India's Modi will be dancing in the streets over this.  And, Justin, well he can get back to building that damned pipeline.