Do We Really Need a Professor to State the Obvious? 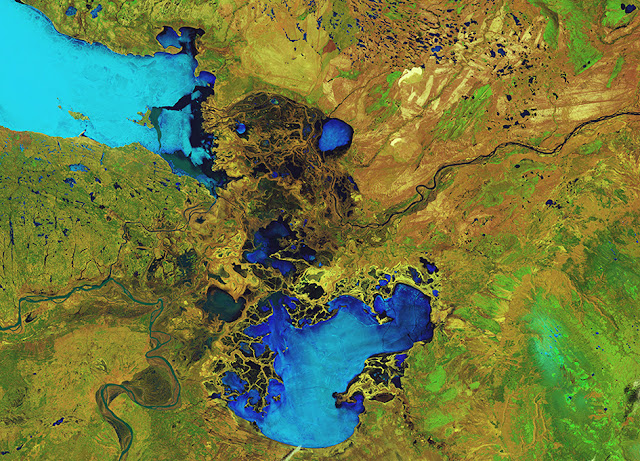 I laughed when I read the CBC's summary of Canada's 4-step climate policy over the last quarter century.

That's about it. Empty promises. So much hot air. I won't equate Justin Trudeau to Stephen Harper but, when it comes to results, are they really that different? After all, Trudeau not only made the new Trans Mountain pipeline a reality, he did it on the taxpayers' dime.

Nothing new there. The UK adopted binding targets years ago. That's given the credit for Britain's emissions record, one of the best in the developed world.

Canada's record is near the bottom of the pack. Our emissions are the third highest per capita among developed countries and we have the second worst record in reducing emissions among the G7 nations.

And the most recent UN Emissions Gap report warns that, even if all countries fully implement their proposed GHG reduction policies, the world is on course for a temperature rise of 2.7 C, almost double the Paris goal of 1.5 C. Clearly, more work needs to be done.
...as Canada's poor record in meeting past targets shows, targets mean nothing if you do not achieve them. Therefore, the next priority is to develop a plan that is independently verified to meet the targets and one of the steps in independent verification is to direct the Canadian Energy Regulator to model a net zero plan for Canada.
The sticking point - Canada's energy sector.
Gunton outlines various steps promoted by the International Energy Agency that can be taken to cut emissions such as mandating more electrical vehicles to swing the balance away from internal combustion gas and diesel power. And making all new buildings "zero-carbon ready" by 2030.
Then comes the tricky part - decarbonizing our electricity supply and ending subsidies and supports to the fossil energy producers. You can almost hear the hairs standing up on Jason Kenney's back.
The second component of the IEA plan is to decarbonize the electricity sector by 2035. Both the Liberals and NDP have committed to this (the NDP by 2030). But our evaluation concluded that decarbonizing electricity is impeded by the replacement of coal with natural gas. The electricity sector can only be decarbonized if coal is replaced by renewables and any natural gas needed for back-up is carbon neutral.

The fourth component of the IEA plan is to immediately prohibit development of any new oil and gas fields and coal mines. This is arguably the most challenging area for Canada, given the economic significance and political influence of the fossil fuel sector and the fact that it accounts for just over one-quarter of Canada's emissions.
Alcoholics are known to go to great lengths to conceal their drinking habits. They'll lie their asses off. Canada does the same with fossil fuel subsidies. Our governments only admit to the outright transfers, a few billion a year. The International Monetary Fund has looked at all the direct and indirect benefits our government confers on the fossil fuelers and comes up with a different number - about 50 billion a year. I have never heard a Liberal or Tory government even attempt to refute that.
The IMF number is the real cost to the country and its people. It includes not just the direct handouts but the real cost to nature and our natural capital, big numbers that are never on the books. Included are the many thousand of orphan wells, the costs of which the industry is adept at putting on taxpayers' shoulders. Think of the tailing ponds of Athabasca, big enough that they're visible to the naked eye from the International Space Station.  Governments, especially Alberta's, say the industry will be responsible for those tailing ponds but where's the money? What if they bolt? Who gets left holding the bag. Why, that would be you.
Harper was one to look the other way. I get it. That's his nature. Maybe he figured all the good people would get Raptured up before we had to deal with it. The Dauphin, however, he's a different story.  He loves to wear his father's buckskin jacket but it never quite fits right.
As this month's UN Production Gap report warns, these policies to expand the fossil fuel sector are inconsistent with the goal to achieve net zero by 2050 and it is critical "that fossil fuel production start declining immediately and steeply to be consistent with limiting long-term warming to 1.5 C."

Therefore, to meet its climate objectives, it is critical that the government set binding targets and eliminate subsidies for the oil and gas sector as well as halt development of major fossil fuel infrastructure projects.
The other shoe drops. Adaptation.
A final priority is climate adaptation. Even if we are successful in meeting the Paris climate goals, the world will still experience significant climate change consequences. Therefore, Canada needs to prioritize development of comprehensive climate adaptation plans that identify the risks and develop policies to mitigate the consequences. Some work has been done in climate adaptation planning, but as the recent heat dome impacts and associated deaths show, we are ill prepared for the coming changes.
Gunton is pretty much on the money on all of this. He's right, we can do it.  If only our leaders weren't like that lion in the Wizard of Oz.
(Image: Athabasca tailing ponds from space)