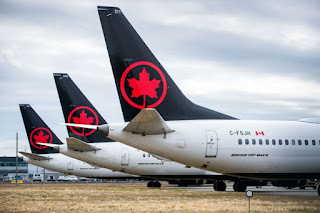 A former Boeing 737 Max test pilot has been charged with criminal fraud for allegedly withholding vital safety information about the flawed aircraft. It's said that pilot Mark Forkner deceived the Federal Aviation Administration into certifying the 737 Max.

Fraud seems an odd charge for a deception the FAA claims led to the deaths of hundreds of passengers and crew. Two 737 Max jetliners crashed, one in 2018, the other in 2019.

Forgive my cynical soul but it sounds like the feds are looking for a deal that could land Forkner a short sentence rather than something closer to a life sentence for manslaughter. Is someone afraid that, without a sweetheart deal, Forkner might implicate others within Boeing, perhaps even the FAA also? It does sound like he's a sacrificial lamb, Boeing's whipping boy.

“In an attempt to save Boeing money, Forkner allegedly withheld critical information from regulators,” said Chad E. Meacham, acting U.S. Attorney for the Northern District of Texas. “His callous choice to mislead the FAA hampered the agency’s ability to protect the flying public and left pilots in the lurch, lacking information about certain 737 MAX flight controls.”

I don't know but this kind of smells to me.