Is That What It Is? The Roots of Malignant Populism. 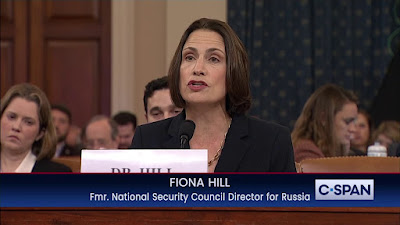 I am developing a morbid fascination with the spread of malignant populism throughout not just the United States but also many other countries, Canada included.  We were once the staid, even boring, bunch seemingly immune to extremism in public discourse. Now we have those among us who rise up against knowledge itself as some sort of plot or hoax.

Andrew Potter's book, "In Decline," addresses this stagnation and the concurrent decline of liberal democracy. I'll have more on that in future posts. For now let's consider Fiona Hill's warning that Britain's social divide and lack of social mobility has become a security crisis.

A lack of social mobility in Britain’s “left behind” communities risks fuelling populism and becoming a national security crisis, according to Fiona Hill, the coalminer’s daughter who became a top White House adviser.

The 55-year-old, who shot to prominence as a witness in the Donald Trump impeachment trial, where she described how her background and “very distinctive working-class accent” held her back in England in the 1980s and 90s said that class barriers today were still holding back people with regional accents.

Hill said many people outside the big cities had been “left behind” in Britain, with a sense that “the rest of the UK doesn’t belong to all of the people who are from there”.

“It’s this lack of social mobility, all this grievance, that feeds into populism and it becomes a national security crisis over time, as we saw, because all of this can be exploited”.
Hill came from working-class roots, the first in her family to graduate university. Her father was a coal miner, her mother a midwife. Hill holds a PhD from Harvard and became a US intelligence chief on Russia.  Her path to advancement, she says, is now foreclosed to many who otherwise might follow.
Hill said the prospect of taking out a student loan would make her think twice about pursuing her studies in today’s Britain. “It’s a very bad political moment for kids and with climate change and all the other issues. They’re also unlucky because the financial assistance has disappeared,” she said.

“A lot of people are making educational decisions based on what they can afford … So many people are discouraged from going on to higher education. This is the new marker of class, both in the US and in the UK. People say it’s culture or values – it’s education.”
Hill slams Boris Johnson's England as being a nation behind a Red (Tory) Wall.
It “feeds into the idea that you have to be associated with the party in power to have anything turned around for you, or have policies focused on you,” she said.
I have friends whose son recently graduated law school.  I was floored when they told me the tuition paid for his education. To kids who have to cover that on their own they must emerge indentured to student loans and private lenders. That would have been well out of my reach when I went to law school. Out of the question and I was breaking the school rules by working on the side at CBC.
Fiona Hill's statements and my friends' personal experience to me is manifest proof of the decline in our society and the consequent erosion of social cohesion. We no longer "stand together."
What have we become?
I wrote this two days ago:
Can we really believe that Canada isn't in the throes of the neoliberal order? In 2016 then Liberal finance minister, Bill Morneau, briefly parted the curtains when he told a gathering of Ontario Liberals that millennials and those who followed them would just have to get used to a future of "job churn" and scavenging a succession of precarious, low wage jobs in the "gig economy."

Morneau was describing the hellish economy the Liberals and their power-sharing partners, the Conservatives, have crafted for our nation. One party may throw more baubles to the plebs than the other but both zealously defend the neoliberal order that lays the nation low. There'll be no restoration of progressive democracy from those two, not while they can keep us shackled to their undemocratic electoral system.
How can a government so blithely consign its young people and the generations to follow them to this squalid fate?  How are we to stand together?