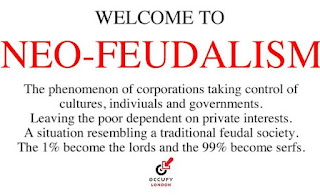 The competing systems of power in the United States are divided between oligarchy and autocracy. There are no other alternatives. Neither are pleasant. Each have peculiar and distasteful characteristics. Each pays lip service to the fictions of democracy and constitutional rights. And each exacerbates the widening social and political divide and the potential for violent conflict.

The oligarchs from the establishment Republican party, figures such as Liz Cheney, Mitt Romney, George and Jeb Bush and Bill Kristol, have joined forces with the oligarchs in the Democratic Party to defy the autocrats in the new Republican party who have coalesced in cult-like fashion around Donald Trump or, if he does not run again for president, his inevitable Frankensteinian doppelgänger.

...The liberal class, fearing autocracy, has thrown in its lot with the oligarchs, discrediting and rendering impotent the causes and issues it claims to champion. The bankruptcy of the liberal class is important, for it effectively turns liberal democratic values into the empty platitudes those who embrace autocracy condemn and despise.

...The word oligarchy is derived from the Greek word “oligos” meaning “a few” and it is the oligos that sees power and wealth as its birthright, which they pass on to their family and children, as exemplified by George W. Bush or Mitt Romney. The word “autocracy” is derived from the Greek word “auto” meaning “self,” as in one who rules by himself. In decayed democracies the battle for power is always, as Aristotle points out, between these two despotic forces, although if there is a serious threat of socialism or left-wing radicalism, as was true in the Weimar Republic, the oligarchs forge an uncomfortable alliance with the autocrat and his henchmen to crush it.

...Oligarchies, which spew saccharine pieties and platitudes, engage in lies that are often far more destructive to the public than the lies of a narcissist autocrat. Yet, the absence of an ideology among the oligarchs gives to oligarchic rule a flexibility lacking in autocratic forms of power. Because there is no blind loyalty to an ideology or a leader there is room in an oligarchy for limited reform, moderation and those who seek to slow or put a brake on the most egregious forms of injustice and inequality.

An autocracy, however, is not pliable. It burns out these last remnants of humanism. It is based solely on adulation of the autocrat, no matter how absurd, and the fear of offending him. This is why politicians such as Lindsey Graham and Mike Pence, at least until he refused to invalidate the election results, humiliated themselves abjectly and repeatedly at the feet of Trump. Pence’s unforgiveable sin of certifying the election results instantly turned him into a traitor. One sin against an autocrat is one sin too many. Trump supporters stormed the capital on January 6 shouting “hang Mike Pence.” As Cosimo de’ Medici remarked, “we are nowhere commanded to forgive our friends.”
The passing of genuine democracy in America is certain. If you have any doubt, read the 2014 paper out of Princeton by Gilens (Princeton) and Page (Northwestern). Since then several others have joined the chorus.

In 2019 Columbia law prof, Tim Wu, wrote an op-ed in the New York Times, "The Oppression of the Super-Majority."
About 75 percent of Americans favor higher taxes for the ultrawealthy. The idea of a federal law that would guarantee paid maternity leave attracts 67 percent support. Eighty-three percent favor strong net neutrality rules for broadband, and more than 60 percent want stronger privacy laws. Seventy-one percent think we should be able to buy drugs imported from Canada, and 92 percent want Medicare to negotiate for lower drug prices. The list goes on.
...In our era, it is primarily Congress that prevents popular laws from being passed or getting serious consideration. (Holding an occasional hearing does not count as “doing something.”) Entire categories of public policy options are effectively off-limits because of the combined influence of industry groups and donor interests. There is no principled defense of this state of affairs — and indeed, no one attempts to offer such a justification. Instead, legislative stagnation is cynically defended by those who benefit from it with an unconvincing invocation of the rigors of our system of checks and balances.

Most Canadians, in my experience, accept that Canada is part of the global neoliberal order to the extent they think about it at all (most don't).  We should care but we don't. In 2015, Raid Azar, writing in NewPolitics, dissected the neoliberal state and how it traps its citizens.
The neoliberals claim to eschew the state yet they have moved to capture it. In the States we watched as the process began with legislative capture, the evolution of America's "bought and paid for" Congress. This begat regulatory capture in which regulatory boards and tribunals became dominated, that is to say controlled, by men and women seconded directly from the regulated industries themselves. Today America has a powerfully undemocratic president, a man whom some theorists claim is the "culmination" of the neoliberal revolution. And, of course, Trump has made a priority of stacking the deck in his appointments to the US Supreme Court and other federal courts, grooming them with "reliably conservative" jurists. Thus the corruption of the signature branches of American government is complete, the vaunted system of checks and balances neutralized.
As David Harvey points out in A Brief History of Neoliberalism, the neoliberals’ economic ideals suffer from inevitable contradictions that require a state structure to regulate them.   ...If the people were free to make decisions about their lives democratically, surely the first thing they would do is interfere with the property rights of the elite, posing an existential threat to the neoliberal experiment. Whether these popular aspirations take the form of drives towards unionization, progressive taxation, or pushing for social policies that require the redistribution of resources, the minimal state cannot be so minimal that it is unable to respond to and crush the democratic demands of citizens. After all, as pointed out in the first contradiction, the neoliberal state exists in theory to guarantee the rights of the individual over the demands of a majority.The inevitable ascendancy of authoritarianism is what Giroux termed the "eclipse of democracy."

Any method that seeks to subvert the democratic demands of citizens, whether through force, coercion, or social engineering, is authoritarian. 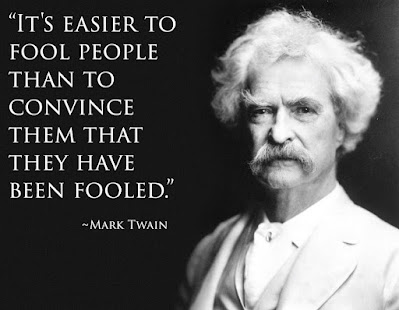 It strikes me that first-past-the-post is key to the continuation of Canada's neoliberal order. The right to form government, even a majority government, can be had with less that a 40 per cent share of the vote. The two contenders who have, between them, governed Canada from its inception can rely on FPTP to keep government secure between themselves.  Imagine what might happen if every vote counted, if the views of all voters were heard in Parliament?  That noise is the sound of neoliberalism circling the drain.
This is not to accuse the Libs or the Tories of conspiring to subvert democracy in Canada.  They aren't out to harm Canada or the Canadian people. Theirs is a sin of a different form, self-interest placed ahead of the public interest.
In April, 2020, the editorial board of The New York Times wrote a powerful op-ed on the loss of democracy in the United States.
“Liberty,” Roosevelt said at the Democratic Party’s convention in 1936, “requires opportunity to make a living — a living decent according to the standard of the time, a living which gives man not only enough to live by, but something to live for.” His administration, working with Congress, enshrined the right of workers to bargain collectively, imposed strict rules and regulators on the financial industry, and created Social Security to provide pensions for the elderly and disabled.

...Over the past half century, the fabric of American democracy has been stretched thin. The nation has countenanced debilitating decay in its public institutions and a concentration of economic power not seen since the 1920s. While many Americans live without financial security or opportunity, a relative handful of families holds much of the nation’s wealth. Over the past decade, the wealth of the top 1 percent of households has surpassed the combined wealth of the bottom 80 percent.

..Advocates of a minimalist conception of government claim they too are defenders of liberty. But theirs is a narrow and negative definition of freedom: the freedom from civic duty, from mutual obligation, from taxation. This impoverished view of freedom has in practice protected wealth and privilege. It has perpetuated the nation’s defining racial inequalities and kept the poor trapped in poverty, and their children, and their children’s children.

...The purpose of the federal government, Lincoln wrote to Congress on July 4, 1861, was “to elevate the condition of men, to lift artificial burdens from all shoulders, and to give everyone an unfettered start and a fair chance in the race of life.”

It's an engineered disaster. As former World Bank chief economist and Nobel laureate, Joe Stiglitz, is always quick to remind us, the rampant inequality that brings America low is neither market- nor merit-based. It is legislated, enshrined in tax codes and ancillary legislation.
Can we really believe that Canada isn't in the throes of the neoliberal order? In 2016 then Liberal finance minister, Bill Morneau, briefly parted the curtains when he told a gathering of Ontario Liberals that millennials and those who followed them would just have to get used to a future of "job churn" and scavenging a succession of precarious, low wage jobs in the "gig economy."
Morneau was describing the hellish economy the Liberals and their power-sharing partners, the Conservatives, have crafted for our nation.  One party may throw more baubles to the plebs than the other but both zealously defend the neoliberal order that lays the nation low.  There'll be no restoration of progressive democracy from those two, not while they can keep us shackled to their undemocratic electoral system.
America's democracy is dead. Ours is ailing but yet to draw its terminal breath.