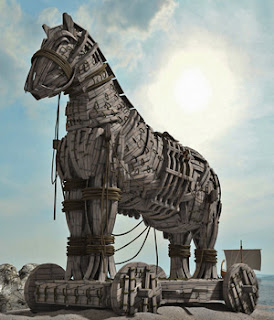 If British Columbians were toying with the idea of supporting the Conservatives, Erin O'Toole has just given them all the reason they need to say 'no way.'

Using the pretence of economic benefit for indigenous communities, O'Toole says his government would make reviving the Northern Gateway pipeline a priority.

“Pipelines in the West like Trans Mountain and Northern Gateway are important. They are my priority. We need to re-establish the confidence of Western Canadians in our country. After six years of Mr. Trudeau, there is more division in our country, and we need to work together for an economic recovery,” he said.

In May, the International Energy Association (IEA) said in order to reach net-zero emissions, investment in any new developments in the oil and gas sector must stop immediately. The new pipeline would pump oil-sands bitumen from Alberta to Kitimat, B.C. Asked how his support for Northern Gateway squares with the IEA’s assessment, Mr. O’Toole did not address the question. Instead, he said he supports the pipeline because it has backing from some Indigenous groups.

A new pipeline, coupled with O'Toole's announcement that his government would also roll back the Trudeau government's emissions reduction targets from 45 per cent below 2005 levels by 2030 to just 30 per cent.

As for Quebec's pipeline opposition, O'Toole sings a very different tune. There'll be no pipeline across la Belle Province, not while the Tories are desperate for votes.

We got screwed over by Trudeau on the Trans-Mountain, now another fucking drylander from the East wants to add a second pipeline to flood world markets with the high-carbon, low-value, climate killing bitumen and further jeopardize the B.C. coast.

Meanwhile with the leaders focused on affordable housing, dirt-cheap daycare and other freebies, none of these clowns is telling Canadians what they need to hear - how, with the clock running out on the climate crisis, their governments would keep Canadians safe.

In older paradigms of governing, a party in power might draw on a deep well of public trust and a willingness to leave the national security file to elected officials and the career bureaucracy that supports them. That style of governance, however, no longer exists. Trust has been eroded, and paternalistic Ottawa-knows-best attitudes no longer hold.

...Security threats now directly affect the lives of every Canadian – meaning they are not remote issues of geopolitics and incalculable danger, far removed from individual concerns.

Bad actors at the switch are not our only concern. We now face non-traditional, “actorless” threats that are global in nature. We have learned the hard way – and are still learning – that inadequate preparation and response to a pandemic can have huge consequences on our security, causing economic disruptions, breaking supply chains, opening pathways to economic espionage and creating opportunities for polarizing public debate and malicious behaviour.

Anyone living in the path of a massive forest fire or other extreme weather event knows well that climate change also poses huge security concerns. The Indigenous peoples in Canada’s North are on the front lines of climate change impact. Our understanding of security needs to pivot as rapidly as the situation is evolving.

Our political parties and their leaders need to recognize that national security is central to governance and to cement their contract with voters by explaining their plans to keep Canadians safe.
Do you feel safe? I don't and I live in one of the safest parts of Canada out here on an island in the Pacific. Got kids, grandkids? Do you think their future is secure from all of these looming perils? Do you have any reason to believe that either of the parties apt to form the next government truly 'has their backs'?