"We are at the point that there’s nothing untouched." 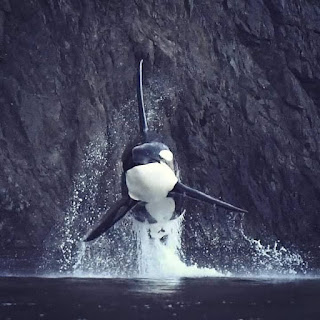 Those who have stood vigil at a love one's death bed know the agony of loss.

University of Montana entomologist, Diana Six, says a constant haunting depression has taken over her life.

"I don’t think people realize that climate change is not just a loss of ice. It’s all the stuff that’s dependent on it. The ice is really just the canary in the coalmine. To have 97, 98 degrees in Glacier national park for days on end is insane. This is not just some fluke.

“Life doesn’t just deal with this. When I went up Glacier with my students a few weeks ago, the flowers were curling up. At some of the lower elevations, glacier lilies were shriveled, lupins didn’t even open. The flowers should extend for another three weeks and they’re already gone. Any insects or birds that depend upon them, like bees or hummingbirds are in trouble, their food is gone. Bird populations have just baked.

“There have been total losses of a lot of baby birds this year. You see these ospreys and eagles sitting on top of the trees in their nests and those young, they just can’t take the heat. Year after year of that and you lose your birds.

“People seem to think of extinctions as some silent, painless statistic. It’s not. You look at birds that can no longer find fish because they’ve moved too far off shore. They’re emaciated, they’re starving to death. We are at the point that there’s nothing untouched.

"I was no longer cataloging life and finding ways to prevent ecosystems from reaching tipping points. I had actually hit my own tipping point. Somewhere along the way, I had gone from being an ecologist to a coroner. I am no longer documenting life. I’m describing loss, decline, death. And that is what is accounting for my kind of overwhelming sense of grief.

“This is what really brought home to me that my entire job has changed. I don’t like my new job, but I can’t quit. Even if I quit being a professor and doing research, I’m always going to be a coroner now."
Here, on my doorstep, we're greeting climate migrants, climate refugees every day. They arrive in the form of once rarely seen fish species, marine mammals (whales, transient orca, dolphins, seals, sea lions), even birds - pelicans, all fleeing dangerously warming southern waters.  They're the lucky ones. There are no fences and roads to block their escape.
I know I've been banging this drum pretty hard lately but there's an election in the offing and we need to start thinking straight. Time is not on our side. We can't afford political leadership that treats this climate catastrophe as an afterthought, something to throw a couple of billion dollars at as if that was going to make any meaningful difference.