"The Year They Ran Out of Excuses" 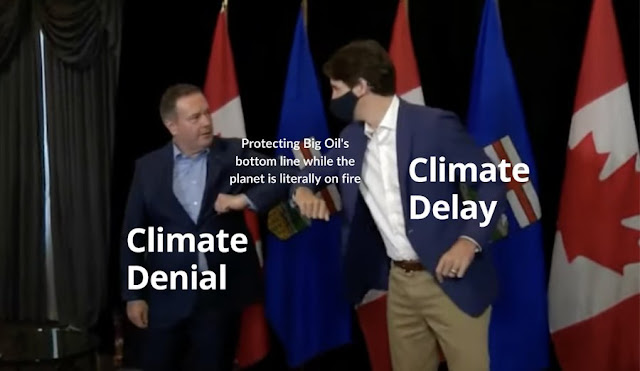 Labour MP, Ed Miliband, writes that climate delay, not climate denial, has become our biggest enemy. Nothing, he warns, is more dangerous than the "illusion of action."

Future generations will look back on the climate events of 2021 and say: “That was the year they ran out of excuses.”

Heatwaves and flooding here in the UK, temperatures topping 50C in Pakistan, hundreds killed by a heatwave in British Columbia, deadly floods in Germany and China. All within a single month. Add to that the recent dire warning from the Met Office that the age of extreme weather has just begun.

The wake-up call that this offers is not just the obvious one: that climate breakdown is already here. It also illustrates that we, in this generation, are in a unique position in the history of this crisis. Climate breakdown can no longer be plausibly denied as a threat etched only in the future. And all too soon, avoiding it may be a luxury lost to the past. The window to avoid catastrophe is closing with every passing day. We’re in the decisive decade in this fight, and we must treat the climate crisis as an issue that stands alone in the combination of its urgency and the shadow it casts over future generations.
Winning Slowly is the Same as Losing.
The most dangerous opponents of change are no longer the shrinking minority who deny the need for action, but the supposed supporters of change who refuse to act at the pace the science demands. As Bill McKibben, environmentalist and climate scholar, says on climate: “Winning slowly is the same as losing.”
I could point out that Miliband's criticisms aren't limited to the government of Boris Johnson.  At least BoJo isn't promising much, delivering little plus concurrently indulging a pipeline fetish, hoping to flood world markets with the filthiest, highest-carbon, lowest-value ersatz petroleum on the planet.
Nothing is more dangerous than the mirage of action shrouding the truth of inaction, because it breeds either false confidence that we will be OK or cynicism and despair about meaningless political promises.
Bingo!