Do Political Leaders Have a Right to Substitute Personal Belief for Scientific Knowledge? 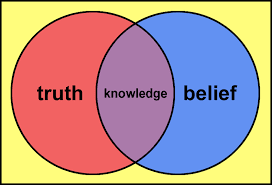 It's a little late to be raising the point but to what degree should the political caste cleave to scientific knowledge. What if, as in the States (and to a lesser degree here in Canada), they choose popular belief over science, especially where there are grave consequences at stake?

It's a question that goes back as far as the era of witch burning. There was no scientific evidence to be had but plenty of belief in the existence and malevolence of witches.

Belief can be a real bugger, eh?

Washington Post columnist, Max Boot, writes that, across the United States, people are dying because of the triumph of belief over science on everything from climate change to viruses and vaccines.

If you want to know why the United States is in such big trouble, look at the findings of a new Gallup poll. The percentage of Republicans expressing a “great deal” or “quite a lot” of confidence in science has plummeted from 72 percent in 1975 to just 45 percent today.

Think about what it means that a majority of one of the two major parties has lost confidence in science — essentially the same as losing confidence in logical, fact-based decision-making. The alternative is to embrace superstition, misinformation and conspiracy-mongering — and that’s just what Republicans have done.

Roughly a quarter of Republicans endorse QAnon’s lunatic beliefs, a third say that coronavirus vaccines are definitely or probably being used by the government to implant microchips, and a majority back the “big lie” that Donald Trump won the 2020 election. Many on the right will believe anything, no matter how loony and illogical, that comports with their political proclivities.

The GOP position on covid-19 is just as nonsensical — and dangerous. Since the start of the pandemic, Republicans have been playing down the threat (remember when they were saying that covid-19 was less dangerous than the flu?), opposing mask mandates and complaining of the impact of public health regulations on the economy. ...31 percent of U.S. adults haven’t received a single vaccine shot — and much of the reason has to do with growing Republican animus against science.

Some Republican leaders are now belatedly urging people to get vaccinated, but it’s too late. After more than a year of undermining and insulting public health authorities, Republicans have left their followers deaf to the dictates of science and medicine. See, for example, this video clip of Arkansans booing and shouting while Gov. Asa Hutchinson (R) and a state health official try to explain that the coronavirus vaccines don’t cause infertility.

How many more people have to die from global warming and covid-19 before Republicans realize the deadly consequences of their hostility to science? Alas, the GOP might have gone too far down the rabbit hole to return to the land of fact and reason.

This is no longer an academic problem. With mankind nearing or passing climate tipping points, the very future of our civilization is in the balance.

We elect people to high office. That must come with an implied obligation to make informed decisions on the pressing matters of the day. An election can never validate ignorance in the conduct and discharge of duties of office. These legislators who put groundless belief over fact and knowledge openly betray the public trust and their oaths of office.

If we can't trust those we install in high office to properly discharge their obligations we need some means to hold them accountable. They're easily as dangerous as the alcoholic school bus driver who stashes a mickey beside his seat.