Conspiracy Theory or are the Oligarchs Making Their Move? 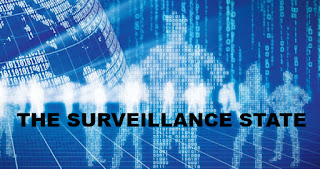 Author/columnist George Monbiot is best known as The Guardian's enviroscribe.  In recent years his focus has expanded from greenhouse gases to social and political punditry, all from a progressive viewpoint. As a rule his thoughts are worth airing.

The Pegasus spyware scandal is on Monbiot's mind in his latest column.  He writes that global autocrats are using Pegasus to cement their control, putting democracy to rout.

Since the Berlin Wall came down, autocrats have refined a new strategy for perpetual governance: to maintain the process and appearance of democracy – including elections and parliaments – while ensuring it doesn’t work. Power is sucked out of democratic structures and relocated to a place where it can scarcely be challenged: an inner circle defended from opposition by a forcefield of money and patronage, a compliant judiciary and a grovelling media. Narendra Modi, Viktor Orbán, Recep Tayyip Erdoğan, Jarosław Kaczyński, Vladimir Putin and Alexander Lukashenko all know how it works.

Protest, as we have seen from Belarus to Hong Kong, often becomes ineffective. Huge numbers take to the streets, pull the lever of democratic moral authority that has toppled so many regimes in the past, and nothing happens. The autocrats sit and wait for the protest’s energy to fizzle out, crack heads and imprison leaders, knowing they no longer need fear the people. They now have the means either to win elections through rigging, suppression or beguilement, or to ignore the result if they lose. The arc of history no longer bends towards justice.
The new surveillance tools complement a formidable array of modern weapons. Dark ads on social media; thinktanks using dark money to turn outrageous ideas that favour the ruling class into apparent common sense; voter suppression; the stuffing of the courts; the long march through the institutions, shutting down opposition in the civic sphere; cleverly prosecuted culture wars: these are the ever more sophisticated tools of autocratic power in nominal democracies.
With those thoughts, Monbiot turns his attention to the government of Boris Johnson who, like Trump, is no champion of democracy.
The government’s only remaining weakness is its own incompetence. Donald Trump is no longer in office not because the US system worked, but because he was an inept autocrat: unfocused, impulsive, contradictory. He did not possess what Modi, Putin, Orbán, Erdoğan, Kaczyński and Lukashenko possess: a strategic, sophisticated drive for power.

Boris Johnson is a spectacularly incompetent administrator, as the 130,000 deaths from Covid-19 testify. It remains to be seen whether or not he is a competent autocrat. He has certainly been more effective at suppressing opposition than at governing the country. Through lucrative pandemic contracts for court favourites and assaults on the planning laws that favour property tycoons, his government has also started to build the networks of patronage and clientelism essential to all autocracies. Perhaps Johnson’s general uselessness will prove fatal. Alternatively, his ruthless pursuit of power, assisted by new political weapons, could render his administrative failings irrelevant.
Monbiot argues that Brits can't take another chance on BoJo. They must throw him out at the next election. Democracy itself could be at stake.
How safe is Canada's democracy, to the extent it can be said to exist? When a third of the votes can translate into 100 per cent of power, that's not governance by the informed consent of the governed. Two thirds didn't consent. Justin Trudeau promised electoral reform, the key to democratic governance in a multi-party state. That was his greatest betrayal.