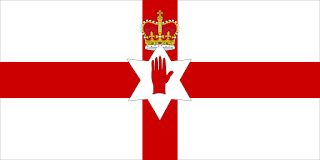 Boris Johnson freely admitted that he would be willing to lose Northern Ireland if it meant getting Britain out of the European Union, i.e. Brexit.

Northern Ireland, created in 1921 when Britain carved six counties out of Ireland’s northeast, is not enjoying its centenary. Its most ardent upholders, the unionists who believe that the place they call “our wee country” is and must forever remain an intrinsic part of the United Kingdom, are in utter disarray. Their largest party has ousted two leaders within a matter of weeks, while an angry minority has taken to the streets waving flags and threatening violence. And the British government, in resolving Brexit, placed a new border in the Irish Sea.

It’s harsh reward for what Northern Ireland’s first prime minister, James Craig, called “the most loyal part of Great Britain.” But the Protestant statelet is not what it was. Well on its way to having a Catholic majority, the country’s once dominant political force — unionism — now finds itself out of step with the community that traditionally gave it uncritical support. And for all his talk of the territorial integrity of the United Kingdom, Prime Minister Boris Johnson has made clear his government would cheerfully ditch this last little fragment of Britain’s empire if it continues to complicate Brexit.
Against this backdrop, some unionists have sunk into resentment. Men in balaclavas, Union Jacks in their fists, have taken to the streets to express their grievances. But it’s clear that most Protestants, like the rest of Northern Ireland’s populace, deplore talk of a return to violence. They want normal politics instead.

And if unionism cannot deliver it, a growing number of them are tentatively contemplating what for previous generations was unthinkable: that a unified Ireland might not actually be the end of the world.