It's Hot Even Where It's Supposed To Be Not

For most of my considerable life heatwaves were not associated with the far north. Over the past few years that has changed even to the point of wildfires spreading high inside the Arctic Circle.

The Siberian town of Verkhoyansk just set a record 118 degrees Fahrenheit. That's 47.8 degrees Celsius. For comparison, Las Vegas is expecting a 43 C heatwave this weekend. 43 in the desert. Just shy of 48 in Siberia.  The knock-on effects of these Arctic heatwaves could be devastating.

Even Vancouver Island is in for a heatwave this weekend with temperatures in some areas forecast to hit the mid-30s.

We're also bracing for the arrival of the first wave of wildfire smoke. A recent cool and wet period spared us so far but that rarely lasts into July.

The American southwest hasn't been so lucky. 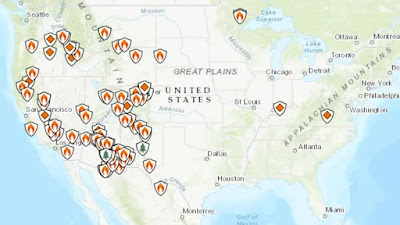 This image of Lake Oroville, showing receding water levels surrounded by charred forests, is a metaphor for California's plight. 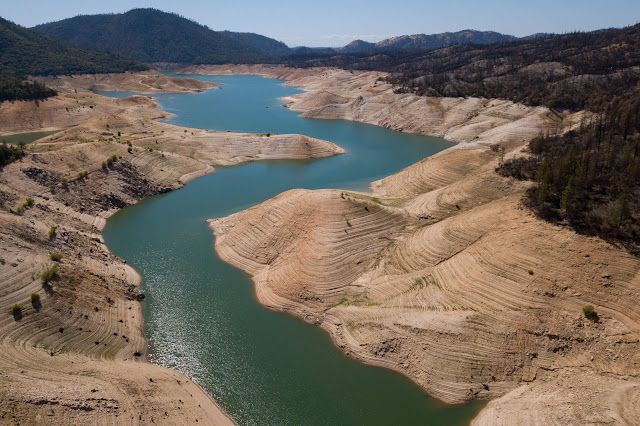 It was only four years ago that California braced for a possible breach of the Oroville dam, America's tallest, after heavy rains. 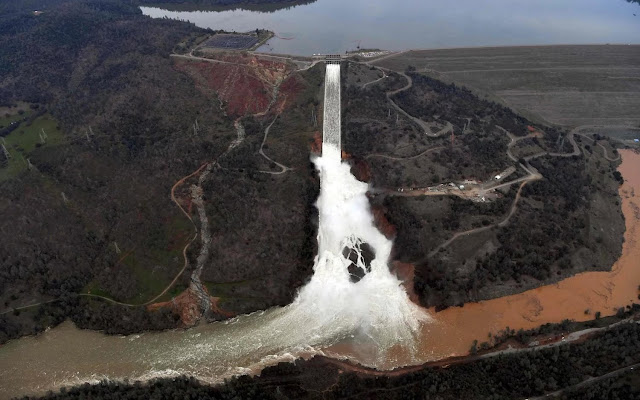 Christ on a crutch, when are we going to start taking this climate emergency seriously? Have we already thrown in the towel?