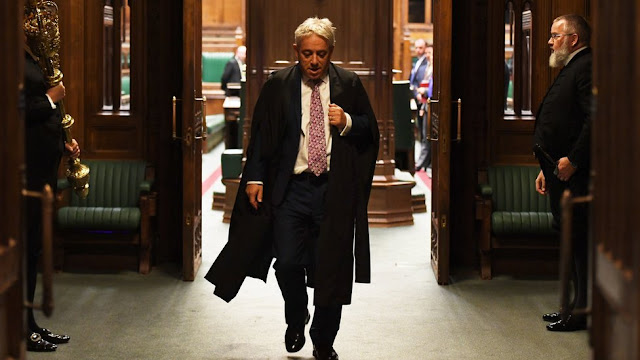 As former Speaker of the British House of Commons, John Bercow became a celebrity on both sides of the Atlantic. First elected to represent the riding of Buckingham in 1997, Bercow went on to preside as Speaker from 2009 to 2019 which included the tumultuous Brexit years.

Now this lifelong Tory has defected to the Labour Party.

In an explosive interview with the Observer, Bercow says he regards today’s Conservative party as “reactionary, populist, nationalistic and sometimes even xenophobic”.

Bercow, who stepped down as Speaker in 2019 after 10 years, says he joined the Labour party a few weeks ago because he now shares its values and sees it is as the only means to removing the current Tory government from office.

“I am motivated by support for equality, social justice and internationalism. That is the Labour brand,” he said. “The conclusion I have reached is that this government needs to be replaced. The reality is that the Labour party is the only vehicle that can achieve that objective. There is no other credible option.”
The focus of Bercow's disdain is - no surprise - Boris Johnson.
Bercow says that despite Johnson’s professed commitment to “levelling up”, he has no interest in those less privileged than himself. He also describes as “utterly shameful” the decision to cut international aid.

‘‘He is a successful campaigner but a lousy governor,” he said. “I don’t think he has any vision of a more equitable society, any thirst for social mobility or any passion to better the lot of people less fortunate than he is. I think increasingly people are sick of lies, sick of empty slogans, sick of a failure to deliver.’’