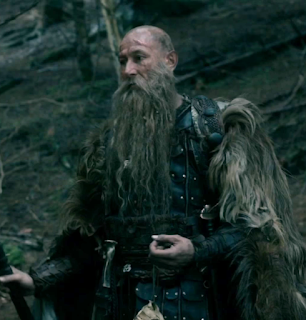 First it was 23&Me. Then it was Ancestry.ca. Then came MyTrueAncestry.com. All of which prove that before you go snooping, realize it's not  going to be all unicorns and princesses. Case in point - me.
Got 23&Me kit for Christmas, 2020. It showed my line is entirely northwest European. German, Scandinavian, Brit-Scot. Genetics.
Then I did Ancestry for genealogics. I wanted to put names to places, trace migration and such. Great luck, generational, unbroken, back to 1275 in York, some dude named Ada Dreyster. Historical records indicate he was a vassal lord to Edward 1, Longshanks, the Hammer of the Scots. Ada was thought to be either German or a Danish Viking.
I should have stopped there. Instead I went with MyTrueAncestry.com. They mine your existing DNA tests and compare their findings with archeological DNA data banks, from unearthed graves, etc. It lit up like a pinball game. Danish Viking, Swedish Viking, Icelandic and Greenland Viking mixed with Saxons and Celts.
I wanted to know because I have a nasty gene mutation that originated in and was spread by Vikings and can (and did) cause a dangerous blood condition.
Apparently they got a positive match to Harald Bluetooth, King of Denmark (the Bluetooth symbol is his name in runes).
Then it was "don't ask, don't tell" time. I'm also a match for a dude in Iceland, a 15th century murderer. He apparently took a shine to his neighbour's wife. She was like-minded. They got rid of her husband, finally standing trial and being convicted of the murder. He was beheaded, his head placed on a pike. They drowned her. Then the two were buried in unconsecrated ground.
Great. Now how am I supposed to break that to the kids?