Exorcising the Ghost of Pinochet 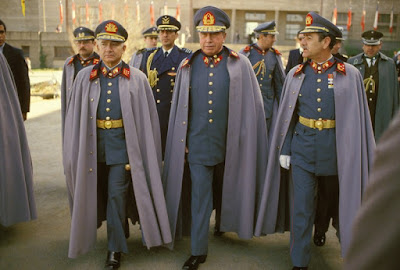 The Chilean people are ready to ditch the constitution imposed on them by former strongman/murderer, general Augusto Pinochet.

2/3rds of the seats in the General Assembly are going to the left, the centre-left and independents clearing the way for a total rewrite of the country's constitution.

Chile's long-standing political parties were reeling on Monday following their bruising defeat in an election for delegates to rewrite the constitution that sowed doubts over their future as well as the fate of the country's free-market model.

The ruling center-right coalition failed during the weekend vote to pick up the one-third of seats necessary to block radical changes during the convention.

And the center-left - which has dominated politics since the end of Augusto Pinochet's 1973-1990 military dictatorship - garnered less support than leftists who have been pushing for wholesale change to the 'Chilean model' that has been credited with fomenting growth but also deep inequality.