The Ground Shifting Beneath Our Feet 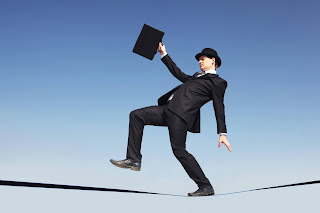 Like it or not (and there's no reason to like it), we're not going back to something we might recognize as "normal." Similar, to be sure, but not the same. We are undergoing a broad-spectrum paradigm change. We have launched our species - and every other form of life - out of the Holocene and onto the Anthropocene. It's the only time a species has changed the Earth, moved it into a different geological epoch. Wild, eh?

We're changing but mainly being changed. The longer you've been around the more change you've witnessed, the less reliable notions of normalcy have become.

We have changed culturally, socially, politically, industrially, climatically. We have voraciously exploited change as an engine of growth.

Change has been the status quo since the Industrial Revolution. Much of the change came in some form of growth. The harnessing of fossil energy has fueled more growth than any other factor. We needed a growing population to exploit bountiful, cheap fossil energy. We needed more factories turning out ever more stuff thanks to that nearly limitless energy. It brought prosperity to the masses - for a while anyway. Standards of living increased. Ways were found to extend longevity. And there were more of us, ever more.

In 1950 humanity was 2.5 billion strong. Today, in less than one lifetime, we're closing in on 8 billion and forecast to be on our way to 10 billion. At the same time we've extended lifespans and made similar leaps in per capita consumption of Earth's finite resources. We've been pushing those needles into the red for quite a while.

Change, in the form of growth, is a weight, a burden on the Earth, our biosphere. The wounds are there for all to see. One example is the loss of biodiversity, the loss of species. We're losing species at a rate far beyond mass extinction levels. These non-human lifeforms are integral to our own survival. Another example is soils degradation, growing desertification and man-made deforestation to clear wilderness, wildlife habitat, for agriculture. Climate - well that takes all manner of forms such as the loss of sea ice, glaciers and ice caps; sea level rise and salination of coastal freshwater resources; severe storm events of increasing frequency, intensity and duration; killer heatwaves in once mild regions such as England; immobilizing cold waves in places such as Atlanta or Houston; worsening wildfires; regular droughts and floods at what once were considered "once in a hundred year" levels; disease and pest migration (Zinka and "face masks everyone").

Change in the form of inequality. The pandemic has been brutal to small business owners and wage earners alike. At the other end of the spectrum, the pandemic has seen extraordinary growth in the net worth of the mega-rich. They've never had it better.

Growing inequality changes democracy, shifting it gradually toward oligarchy. The United States, for example, is no longer a democratic republic. That ended with the rise of its "bought and paid for" Congress, a form of transactional democracy where political influence and power is available for a price. That's eerily similar to what existed in the final two centuries of the Roman Empire.

To some, the road ahead leads to autocracy, perhaps even neo-feudalism.

The dire possibility becomes a near certainty when a people lose control of their politics. Let's not dismiss this as an American problem. When a Canadian party, Liberal or Conservative, can win a commanding majority with less than 40 per cent of the vote, the Canadian people are losing control of our politics. Governments are formed today on a.) brand loyalty, and, b.) empty promises that lure enough swing voters even though the promises are discarded almost as soon as the votes are counted.

This shifting ground reminds me of that Buffalo Springfield song, "For What It's Worth." The line goes, "There's something happening here, what it is ain't exactly clear."

This change, this shifting ground, demands our attention. You either stay current with it or you fall behind and, if you are behind, you will not be heard. You will just be along for the ride, a powerless mute. That is the default option.

I have decided to start a new series of posts I'll call "The Shifting Ground." I hope it will serve as a blogging catch-all of the vast spectrum of change setting in. It probably won't be easy reading. It will probably make some uncomfortable and I've found that people don't like to read things that may cause them a bit of discomfort. Sorry.