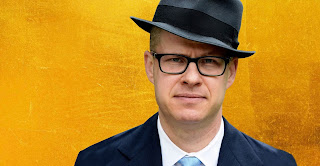 Boot says the Mark of Cain, Trumpism, is on the GOP and it's indelible.

Three of the major tenets of the Trumpified GOP have been on public view the past week — if you can bear to watch.

Hostility to science: Watch the video of Rep. Jim Jordan (R-Ohio) yapping at Anthony S. Fauci, one of the nation’s leading infectious-disease experts, like an enraged chihuahua. “Dr. Fauci, when is the time?” Jordan kept asking. He wanted to know when it was “time to pull back on masking” and “physical distancing.” “When do Americans get their freedoms back? ... What is low enough? Give me a number.” Fauci tried to explain that restrictions could be lifted as infection rates got lower. But for Jordan, this had nothing to do with eliciting information — it was all about showing his contempt for a leading scientist and demonstrating that he is much more exercised about prudent public health restrictions than about a virus that has already killed more than 567,000 Americans. It’s no surprise that vaccination rates are lower in counties that Trump won than in counties that voted for Biden.

Racism: Some of the most pro-Trump members of the House tried last week to start an America First Caucus. “White People First” is more like it: Their manifesto declared that “America is a nation with a border, and a culture, strengthened by a common respect for uniquely Anglo-Saxon political traditions. History has shown that societal trust and political unity are threatened when foreign citizens are imported en-masse into a country.” There was so much blowback that the America Firsters backed off. But, as my colleague Aaron Blake notes, the white supremacist “replacement theory” — which claims that shadowy elites are importing people of color to replace native-born Whites — has gained wide adherence in the GOP. It has been pushed recently by everyone from Fox News’s Tucker Carlson to Sen. Ron Johnson (R-Wis.), who recently wondered (there’s that question again!) if Democrats “want to remake the demographics of America to ensure — that they stay in power forever.”

Authoritarianism: The Big Lie has become Republican orthodoxy — just like tax cuts and conservative judges. Polls show that 78 percent of Republicans don’t think Biden legitimately won and 51 percent say Congress “did not go far enough” to support “Trump’s efforts to overturn the election.” Little wonder that so many 2022 aspirants — including leading Republican Senate candidates in Ohio, Alabama, Missouri and North Carolina — are pushing the falsehood of the stolen election. The willingness to deny the election outcome — and thereby to reject democracy itself — has become the new litmus test for Republican primary voters.

As I’ve said before, this is a party that is beyond salvation. I just wish Republicans didn’t insist on proving that bleak judgment right with dismaying regularity.