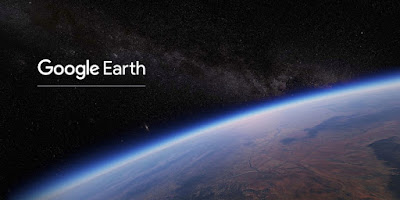 Good on the Goog.

Google Earth has added a feature, Timelapse, that allows users to see the effects of climate change over the past 40 years.

The tool takes the platform's static imagery and turns it into a dynamic 4D experience, allowing users to click through timelapses that highlight melting ice caps, receding glaciers, massive urban growth and wildfires' impact on agriculture.
Timelapse compiles 24 million satellite photos taken from 1984 to 2020, an effort Google (GOOG) said took two million processing hours across thousands of machines in Google Cloud. For the project, the company worked with NASA, the United States Geological Survey's Landsat program — the world's longest-running Earth observation program — the European Union's Copernicus program and its Sentinel satellites, and Carnegie Mellon University's CREATE Lab, which helped develop the technology behind Timelapse.
To explore Timelapse in Google Earth, users can type any location into the search bar to see it in motion, whether it's a landmark or the neighborhood in which they grew up. Google said it removed elements such as clouds and shadows from the images, and computed a single pixel for every location on Earth for every year since 1984; ultimatel stitching them together into a timelapse video.
Imagine your great grandkids taking Timelapse for a spin 40 years from now to gaze angrily at the world as it once was before we trashed it.