Canadian Banks Conspicuous by Their Absence 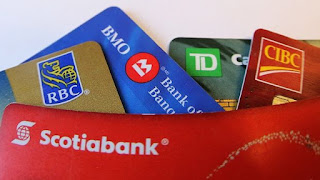 Yesterday, banks from around the world launched a global banking coalition for net zero emissions. The only financial institution from Canada to sign on was VanCity Credit Union. Canada's Big Five gave it a pass.

None of Canada’s big five banks were founding signatories of the UN-convened Net-Zero Banking Alliance (NZBA) that promised April 21 to align investment portfolios with science-based climate targets starting in 2030.

Mark Carney, UN special envoy on climate action and finance, is chairing the Glasgow Financial Alliance for Net-Zero (GFANZ), which also launched Wednesday and counts the banking coalition as one of its arms.

At a virtual launch event, Carney said GFANZ will also involve other arms for asset managers, donors and insurance companies, ultimately bringing together a significant slice of the world’s top financial institutions under the Paris Agreement goals.

“They have one shared mission: To broaden, deepen and accelerate the transition to net-zero by 2050 at the latest,” he said. “We can expect GFANZ to grow further in the lead-up to COP26 in Glasgow,” the next UN climate summit scheduled for November.
Such is life in the petro-state.