When Science Needs Time to Grieve 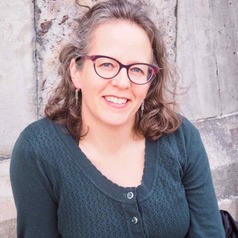 One of the back stories to the climate crisis is the rate of burnout experienced by climate scientists. Some have migrated into other fields. Some have found teaching jobs in colleges, even high schools.

Imagine if you had been in that field for 20 years, the journey you would have been put through. There was certainly more hope 20 or 30 years ago than there is today. The science has hardened. It is much less ambiguous and, in the result, more troubling, in some cases dire.

The climate science community seems to have gotten past the old taboo that demanded they treat climate change as a standalone issue, never to be mentioned in the same breath with overpopulation, over-consumption of finite resources, and the extinction-grade loss of biodiversity. The problem with this "mind your own business" attitude is that it obscured the underlying problem that runs through them all - mankind's unwillingness or inability to live in harmony with our planet, our very finite biosphere.

Kimberly Nicholas is a professor of sustainability at Sweden's Lund University. She has penned an opinion piece in The Guardian arguing that scientists need to face the emotional burden of climate research.

It’s one thing to publish a study on the hypothetical impact of increasing temperature on California’s people and ecosystems; it’s another to feel my stomach gripped by fear as my parents flee a catastrophic California wildfire cranked up by longer, hotter, drier summers.

Bearing witness to the demise or death of what we love has started to look an awful lot like the job description for an environmental scientist these days. Over dinner, my colleague Ola Olsson matter‑of‑factly summed up his career: “Half the wildlife in Africa has died on my watch.” He studied biodiversity because he loved animals and wanted to understand and protect them. Instead his career has turned into a decades-long funeral.
...I internalised the idea that scientists should be “policy-relevant and yet policy-neutral, never policy-prescriptive.”

...It has taken me a long time to come to terms with my climate and ecological grief, but swimming through it is the only way forward. One role environmental scientists can play is to be “stewards of grief, to hold the hand of society as we enter the unknown space of the climate crisis,” as my friend Leehi Yona so beautifully wrote when the IPCC’s 1.5C report launched. As scientists, we have had much more time observing the decline of what we love. We are further down the line of where we all must get to as a society, facing hard truths and still finding ways to be kind and resilient, to do better going forward, to get through this together. We still have so much we love at stake that is worth fighting for.