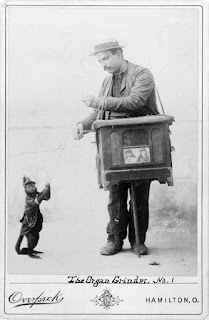 Grifters and lunatics. Is that what today comprises the Republican Party faithful?

They gathered not to consider their past and future leader's bungling of the pandemic that has been assessed as responsible for 40 per cent of the Covid death toll, 200,000 needlessly lost lives. No one took the podium to say their party must never again fail  the American people this way. One by one they spun their party's Trump era mantra, the Big Lie. They won the election. Democrats with their subterfuge stole the win to form today's illegitimate government. They would get theirs, just wait and see.

Every political party has its narrative and they're all bullshit to some degree. Most, however, retain some connection to reality, stretched as that may be.

I understand the need to believe. We want to believe that we're good most of the time, usually, at least somewhat. When that option isn't available we content ourselves by believing the other guy is way worse. I get the whole selective perception/selective recall business that comes in handy when we want to gild the lily. But what went on at CPAC this weekend went way beyond the parameters of need to believe to reach into low-orbital lunacy, real zero-gravity stuff.

It's difficult to know what to make of this, at least for me. Some of the attendees - and Donald Trump's distance acolytes - i.e. Trump's Gullibillies - believe this nonsense about Trump having won the election and the vote having been rigged.

Then there are some who know that Trump is a goddamned liar. They may even despise him. Yet, for now, it suits them to be ardent supporters, collaborators. Some of them do this out of fear. Fear of Trump, fear of their radical rightwing legislators, fear of getting turfed out in the next primary. They're accustomed to fear. That fear has indentured them to the NRA and gun lobbies, to the climate change denialists, and other interest groups.

Finally there are some who proclaim fealty to Donald Trump, perceiving opportunity in the offing. They may gamble on Trump not being around to contest the presidency in 2024 due to deterioration in his physical or mental health, or a tsunami of criminal and civil litigation, or the lack of stamina or interest in feeding and caring for his lunatic base. These guys, Ted Cruz for example, see opportunity in out-Trumping Trump.

Maybe the Republicans are in some political hangover. I hope so.