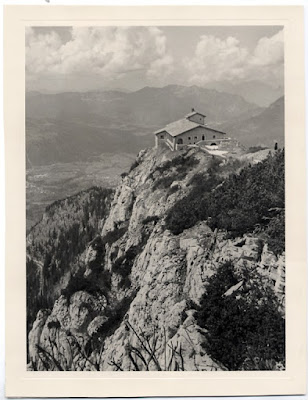 He's no longer in the White House but, like Napoleon on Elba, Donald Trump remains a menace to the Republican Party, to America and potentially even to the world.

Trump has retreated to his redoubt, Mar-a-Lardo, his Floridian Berghof, from which he pumps up the Trumpian faction of the GOP and attacks the shrinking conservative Republican opposition. In this Trump is aided by his loyalists, Lindsey Graham, Devin Nunes, Stephen Miller and others including his personal Rasputin and fellow sneak thief, the man who refuses to die, freshly pardoned Steve Bannon.

It is said that a civil war is underway that pits Trump's radical right faction against the slightly less radical right, old school conservatives. Judging from news reports, the Trump faction is more than holding its own. Like Herpes, Trump is not going away.

This is lunacy writ large. Bannon has been floating ideas for a Trump comeback. One scheme is for Trump to run for the House in the mid-terms with a view to ousting the majority Democrats. This would cement the Trump faction's control of the GOP and, as House majority leader, Trump would then issue articles of impeachment against president Joe Biden. Now that probably sounds crazy to you but these are crazy people and they're hellbent on seizing the Reichstag any way they possibly can.

Which is why today's decision by the US Supreme Court rejecting Trump's bid to keep his tax returns from the prying eyes of the Manhattan District Attorney's office and Grand Jury is genuinely welcome news. Trump has been fighting a desperate rearguard action for years to prevent those prosecutors from peeking behind the emerald curtain.

A criminal prosecution, while justified on its own merits, could be the final nail in Trump's political coffin. There is a good reason, probably several good reasons, why Trump has gone to such extraordinary lengths to keep investigators at bay. When the details emerge expect to see more than a few Russian names in the indictment.

'Down and out' has a unique meaning when it comes to Trump. Those that want him out can only hope prosecutors put him down.