They Call It #1 For a Reason 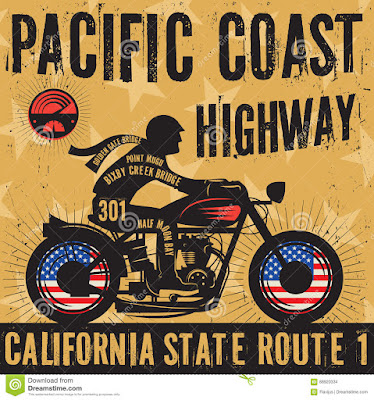 I've been riding motorcycles since I was 15. You may have heard the phrase "ride it like you stole it."
I did and I did.  That will make this year my 57th and, I expect, final year of two wheel adventuring.

I've probably had (owned, that is) more bikes than I've had girlfriends. Japanese bikes. Brit bikes. Late night street racing from the Ace and other motorcycle cafes around London. American bikes. German bikes. I always wanted a Ducatti or Moto Guzzi. Just never got around to it. I've ridden the UK and Western Europe, the northwest bits of Africa; Canada, the US and Mexico - north to south, east to west, and a few Pacific island states.

There is Zen in long-haul motorcycling but you have to ride alone. It's liberating when your mind focuses on just one thing, the road. Your Monkey Brain goes still, stops the endless chattering. It's soothing to be intensely alert to only one thing, the road. By long haul I mean consecutive days of riding, each day at least 300 miles.

The longest day that I can recall was about ten years ago. I started with breakfast in a diner in Lethbridge, Alberta. I had dinner that night in a very nice hotel diningroom in Kenora, Ontario. That was a Zen day. Zen is the only thing that could make the soul-crushing boredom of the Trans Canada Highway through the prairies remotely bearable. Zen keeps you from succumbing to "are we there yet, how much further?" I reached Winnipeg late in the afternoon and I began thinking about where to stay for the night. Then I saw a highway sign "Kenora, 250 km" and I just knew I had to do it. Not Alberta to Manitoba, no, Alberta to Ontario.

What a contrast between Canada's poorly patched, endless stretch of misery, Highway 1, the Trans Canada, and California's Highway 1, the Pacific Coast Highway, the PCH. 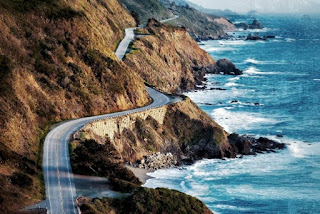 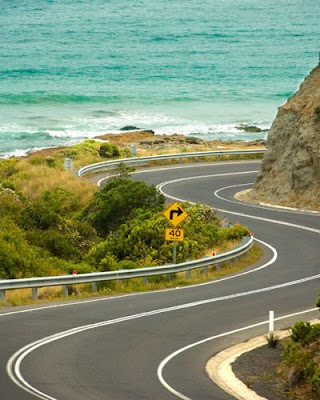 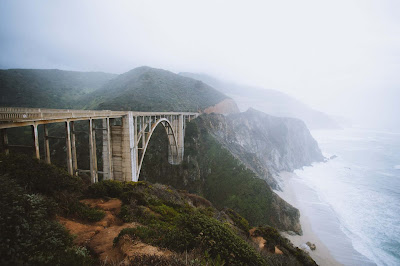 You can ride the PCH on a Hog or a Honda Goldwing - if you must. People even bundle the kids into RVs and ply that blacktop, in their own way. Some corners are so tight that you can see the scars in the asphalt gouged out by lumbering behemoths that should be exiled to the inter-state where they belong.

But to really ride the PCH you need power and agility, a machine that can accelerate and brake like it's on an aircraft carrier and can happily lean over until the pegs kiss the road. These are corners that are made to be challenged, your mind quietly doing the calculations of lines, entry speed, when to get off the throttle, where to brake, where to get back on the gas, exit speed. The asphalt slingshot. You have to know exactly what your bike can do and exactly what you can do and you have to respect the limits and then you can challenge the corner. Get it right and it's exhilarating. Get it wrong, well anything can happen and you may not get a do-over.

I think the clock has run out on me and the Pacific Coast Highway.  I boycotted the States after Trump came to power and now there's the pandemic.  They say that as you get older your world shrinks. They're right. Days are numbered and, in this case, that also applies to the PCH, Hwy. 1. Sea level rise is taking its inevitable toll on the steep slopes on which the highway is perched, a road so steep that, in some places, you can almost look straight down to the sea. The highway is also experiencing washouts from the heavy rains that trigger mudslides. 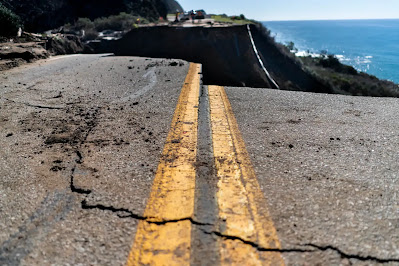 I'll miss that road. I'll miss riding from the Olympic Peninsula, along the spectacular Oregon coast, through the Redwood forests of northern California and on to the magical coast, the icing on the cake. Tempus fugit.