"The Hole We've Already Dug For Ourselves." 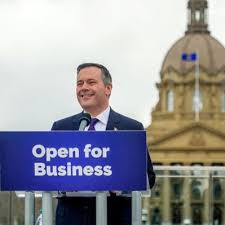 Jason Kenney must be kicking himself for not just hanging around Ottawa to succeed Stephen Harper. His trip to take the reins as premier of Alberta has become a succession of non-stop setbacks and blunders. Kenney's star is fading.

Hey, did you hear? Oil prices are back up. I can't claim any expertise in the vagaries of oil markets. I have, however, observed that the slightest glitch - something like the severe winter storm that just hammered the US southwest - can be felt almost overnight at gas pumps in British Columbia. In this case that's an extra 20 cents per litre.

These are hard times. Covid-19 has taken its toll on national economies. Demand for oil is down. That's a one-two punch right there. Add to it Kenney's decision to roll the dice on the Keystone XL pipeline expansion and it's a mess.

Kenney's promised fiscal restraint has been thrown to the winds. The province is facing record deficits, more to come, and there's precious little the premier can do about it. A blip in oil prices won't cure what ails Alberta.

"If there is any sort of short term, five to ten year windfall, in terms of the oil prices, that's only going to help fill in the hole we've already dug for ourselves," said Jared Wesley, political science professor at the University of Alberta.

With each passing year the province runs a deficit, it will likely become more difficult to dig its way out. The borrowing costs the province will have to pay each year on its debt are expected to keep rising and experts warn that expense could climb even more if interest rates begin to rise.
I don't want to dwell on the details. I couldn't if I wanted to. I'm trying to make sense of what we're witnessing, the "greater scheme of things."
Are we watching what happens when a resource economy dies? Is Kenney's desperation akin to fighting for those last breaths?
For years the financial sector has given a cautionary "thumbs down" to high-carbon energy markets. Major investment houses such as BlackRock have given Athabasca a pass. So too have other influential investors such as Norway's own oil fund. Mark Carney, former governor of the Bank of England, warned that coal and bitumen were on the cusp of becoming "stranded assets."
Other than grumbling that this stuff was some international conspiracy, Kenney's government ignored the signs.
Maybe Alberta could have been more prudent but I'm not sure how. What choices  did/does the government have to painlessly transition the provincial economy from high-carbon fossil fuels? Transition to what? That sort of thing takes time. It takes vision. It takes planning.
Perhaps we're watching the bituminous equivalent of the Welsh collieries collapse. That was brutal on the miners, their families and their towns. A post-mortem in 2017 makes for grim reading. 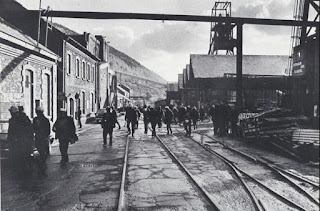