20 years ago Michael Goldhaber warned us about the complete dominance of the internet, increased shamelessness in politics, terrorists co-opting social media, the rise of reality television, personal websites, oversharing, personal essay, fandoms and online influencer culture — along with the near destruction of our ability to focus. We didn't listen.

Most of this came to him in the mid-1980s, when Mr. Goldhaber, a former theoretical physicist, had a revelation. He was obsessed at the time with what he felt was an information glut — that there was simply more access to news, opinion and forms of entertainment than one could handle. His epiphany was this: One of the most finite resources in the world is human attention. To describe its scarcity, he latched onto what was then an obscure term, coined by a psychologist, Herbert A. Simon: “the attention economy.”

These days, the term is a catch-all for the internet and the broader landscape of information and entertainment. Advertising is part of the attention economy. So are journalism and politics and the streaming business and all the social media platforms. But for Mr. Goldhaber, the term was a bit less theoretical: Every single action we take — calling our grandparents, cleaning up the kitchen or, today, scrolling through our phones — is a transaction. We are taking what precious little attention we have and diverting it toward something. This is a zero-sum proposition, he realized. When you pay attention to one thing, you ignore something else.

The idea changed the way he saw the entire world, and it unsettled him deeply. “I kept thinking that attention is highly desirable and that those who want it tend to want as much as they can possibly get,” Mr. Goldhaber, 78, told me over a Zoom call last month after I tracked him down in Berkeley, Calif. He couldn’t shake the idea that this would cause a deepening inequality. “When you have attention, you have power, and some people will try and succeed in getting huge amounts of attention, and they would not use it in equal or positive ways.” 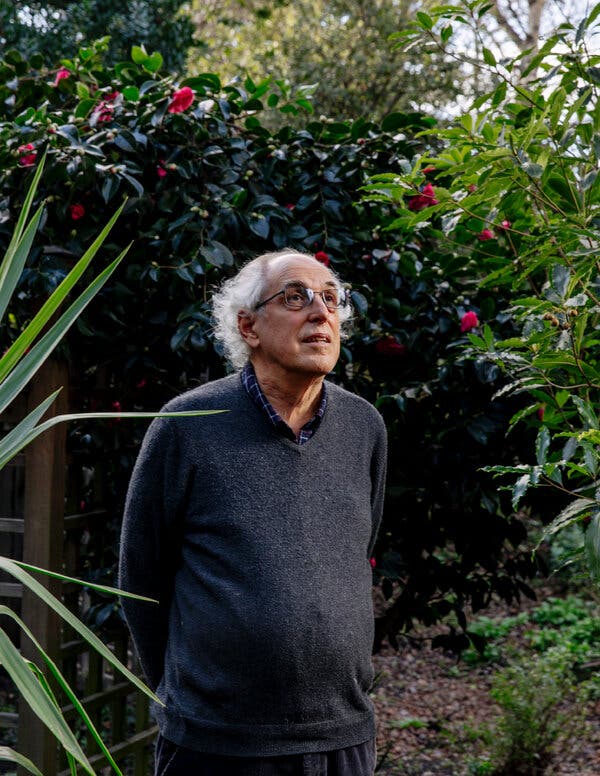 “It’s amazing and disturbing to see this develop to the extent it has,” he said when I asked him if he felt like a Cassandra of the internet age. Most obviously, he saw Mr. Trump — and the tweets, rallies and cable news dominance that defined his presidency — as a near-perfect product of an attention economy, a truth that disturbed him greatly. Similarly, he said that the attempted Capitol insurrection in January was the result of thousands of influencers and news outlets that, in an attempt to gain fortune and fame and attention, trotted out increasingly dangerous conspiracy theories on platforms optimized to amplify outrage.

“You could just see how there were so many disparate factions of believers there,” he said, remarking on the glut of selfies and videos from QAnon supporters, militia members, Covid-19 deniers and others. “It felt like an expression of a world in which everyone is desperately seeking their own audience and fracturing reality in the process. I only see that accelerating.”

While Mr. Goldhaber said he wanted to remain hopeful, he was deeply concerned about whether the attention economy and a healthy democracy can coexist. Nuanced policy discussions, he said, will almost certainly get simplified into “meaningless slogans” in order to travel farther online, and politicians will continue to stake out more extreme positions and commandeer news cycles. He said he worried that, as with Brexit, “Rational discussion of what people stand to gain or lose from policies will be drowned out by the loudest and most ridiculous.”
We tend to ignore his favorite maxim, from the writer Howard Rheingold: “Attention is a limited resource, so pay attention to where you pay attention.”

Where do we start? “It’s not a question of sitting by yourself and doing nothing,” Mr. Goldhaber told me. “But instead asking, ‘How do you allocate the attention you have in more focused, intentional ways?’” Some of that is personal — thinking critically about who we amplify and re-evaluating our habits and hobbies. Another part is to think about attention societally. He argued that pressing problems like income and racial inequality are, in some part, issues of where we direct our attention and resources and what we value.