You Can Forget About an Early Election. 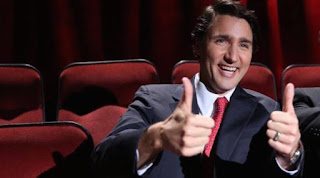 Canada may have to wait six months longer for Covid vaccines than America  or Europe. What we were told was "a few weeks" lag is now looking like a disaster for the country, the people of Canada and the government of Justin Trudeau.

The majority of Canadians may have to wait six months longer than Americans and Europeans for their COVID-19 vaccine, a new forecast says.

In a report released Wednesday, the U.K.-based Economist Intelligence Unit (EIU) warned it will take longer to immunize the world against the novel coronavirus than expected, with many middle-income countries not seeing a COVID jab until 2023, and lower-income countries waiting until 2024, “if it happens at all.”

The Americans have vaccinated barely 5% of their population. Blame it on Trump, I suppose. They got off to a sluggish start. The UK has reached 10%, the best in Europe. Canada has achieved a stellar 1.1% vaccination rate. That puts Canada embarrassingly well behind Malta, Denmark, Slovenia, Spain, Ireland, Lithuania, Portugal, Iceland, Serbia, Romania, Italy, Cyprus, Estonia, Switzerland, Germany, Austria, Poland, Czechia, Slovakia, Finland, Hungary, Croatia, France, Greece, Belgium, Sweden and Norway. We are, however, tied with Luxembourg and way ahead of Bulgaria.  So take that, Sofia, you slackers.

In India and much of Asia, the problem isn't a shortage of vaccine but a general reluctance to accept vaccination. Africa, about all they can do is berate the affluent countries for hoarding vaccines. Latin America has been slow to approve vaccines.  Less than a week ago, Panama began vaccinating residents, the second nation after Costa Rica to offer vaccines.

Bloomberg reports that, as of yesterday, of 57 reporting countries, a grand total of 71 million vaccine doses have been given. For a planet with a global population closing in on 8 billion that doesn't seem to be a whole hell of a lot.

Trudeau, meanwhile, says he has spoken to the head of the European Council and has received assurances the EU will not kick Canada to the curb. Unfortunately Mr. Trudeau carefully avoids specifics of what will be delivered and by when. There is something telling when the US has 5% of its people vaccinated while we stand at barely 1%.