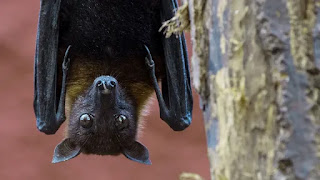 There's a word you don't hear everyday - "ghastly." That, however, is the prognosis for the future of humankind in the summary of a report published today in the journal, Frontiers in Conservation Science.

We report three major and confronting environmental issues that have received little attention and require urgent action. First, we review the evidence that future environmental conditions will be far more dangerous than currently believed. The scale of the threats to the biosphere and all its lifeforms—including humanity—is in fact so great that it is difficult to grasp for even well-informed experts. Second, we ask what political or economic system, or leadership, is prepared to handle the predicted disasters, or even capable of such action. Third, this dire situation places an extraordinary responsibility on scientists to speak out candidly and accurately when engaging with government, business, and the public. We especially draw attention to the lack of appreciation of the enormous challenges to creating a sustainable future. The added stresses to human health, wealth, and well-being will perversely diminish our political capacity to mitigate the erosion of ecosystem services on which society depends. The science underlying these issues is strong, but awareness is weak. Without fully appreciating and broadcasting the scale of the problems and the enormity of the solutions required, society will fail to achieve even modest sustainability goals.

The 17 co-authors contend that the scale of the present threats to the biosphere is almost too much for experts to grasp.

As for the public and our leaders, we fail to recognize the potentially deadly delay between cause and effect. We are locking in changes today that won't be experienced until sometime in the future. That makes it easier for us to pay them little or no heed during the window of opportunity remaining to prepare ourselves and our societies for the impact.

These profoundly dire warnings won't gain much traction in a world that finds dealing with a novel coronavirus so vexing. Covid-19 is going to kill and brutally damage many millions of people but we live in a world of 7.8 billion people. As of today the Covid-19 is estimated to have killed about 1.9 million (and change). We have a chance to arrest that growing death rate, especially in the affluent countries, through vaccination combined with enforcement of precautionary measures, but Third World nations, as is their fate generally, probably won't fare as well. They're facing many existential threats already in the chamber, locked and loaded.

Covid-19 took us by surprise. Conventional wisdom has it that bats from the jungles of southeast Asia are where the virus originated. We've been warned for years that there are a lot of nasty viruses and afflictions in those dwindling tracts of tropical wilderness that could easily reach  our shores. By the way, have you ever heard of the Nipah virus?

In terms of lethality, Nipah is like a thermonuclear version of Covid. The death rate is up to 75 per cent and there is no vaccine. Apparently nobody is even working on one. To give you an idea of its lethality, the death rate from Ebola in Africa is up to 50 per cent of those infected.

Fruit bats are its natural host. "It's a major concern because there's no treatment… and a high mortality rate [is] caused by this virus," says Wacharapluesadee. The death rate for Nipah ranges from 40% up to 75%, depending on where the outbreak occurs.

Each year, the World Health Organization (WHO) reviews the large list of pathogens that could cause a public health emergency to decide how to prioritise their research and development funds. They focus on those that pose the greatest risk to human health, those that have epidemic potential, and those for which there are no vaccines.

Nipah virus is in their top 10. And, with a number of outbreaks having happened in Asia already, it is likely we haven't seen the last of it.

Nipah is distributed by fruit bats through their urine, guano and saliva. India and Bangladesh have already had limited outbreaks.

Both countries have experienced Nipah virus outbreaks in the past, both of which are likely linked to drinking date palm juice.

At night, infected bats would fly to date palm plantations and lap up the juice as it poured out of the tree. As they feasted, they would urinate in the collection pot. Innocent locals would pick up a juice the next day from their street vendor, slurp away and become infected with the disease.

Date palm juice is also popular in Cambodia, where Duong and his team have found that fruit bats in Cambodia fly far – up to 100km each night – to find fruit. That means humans in these regions need to be concerned not just about being too close to bats, but also about consuming products that bats might have contaminated.

Nipah is not remotely as transmissible as Covid-19. Like Ebola it appears to be localized, not the sort of thing that is easily spread by unwary passengers on jetliners. It doesn't seem to be a respiratory threat like Covid and is more apt to be contracted through direct contact or digesting fruit or juices contaminated with the virus.  But that's not the point.

We need to take stock of what's going on all around us. The Three Little Pigs taught us that sometimes the straw house and the stick house just won't cut it. Do I think we're going to take the long look? Of course not. Our leaders don't look to the horizon any longer. Their focus is measured in electoral cycles and that means they're responsible for a huge part of what could befall us.

When these threats are taken collectively they eclipse almost everything else, including the revered "economy." Then again they do offer perspective. Trump, the source of so much angst, is really just comic relief.