There's an Idea! Let's Make Our Own Vaccines. 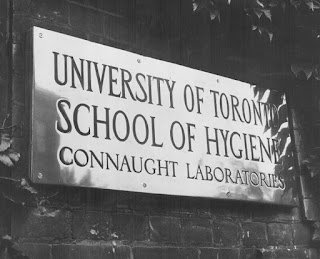 Dr. Alan Bernstein, head of the Canadian Institute for Advanced Research, says Canada needs something we haven't had since Mulroney allowed Connaught Labs to be sold off. He wants Canada back in the business of producing vaccines.

'"We need domestic vaccine production capacity in the country for the next pandemic, and also for this pandemic. If there are variants arising, we may be designing second, third-generation vaccines and vaccinating the population for the next two or three years."

"On Friday, Moderna announced that production delays would cut into its upcoming deliveries of vaccine doses to Canada. That followed Pfizer and BioNTech having cancelled an entire shipment of its COVID-19 vaccine to Canada this week, after reducing its previous shipment by 20 per cent, due to a temporary slowdown while its production facility in Belgium is being upgraded.

"Bernstein said "hiccups" are to be expected with vaccine shipments, but that shouldn't prevent the government from pressuring pharmaceutical companies to ensure timely deliveries."
Ressurecting a domestic capacity to produce vaccines and other critical pharmaceuticals is part of what's called "resilience." Sure it's cheaper to shop products from overseas but, as we're discovering, the supplies and suppliers aren't always reliable. When things go bad, exports can be embargoed, deliveries can be disrupted, programmes for vaccination set back.
When supplies become unreliable there are ripple effects. For example there's now talk of giving provinces that did a poor job of curbing the spread of Covid-19 priority access to the supply of vaccine.
That would presumably benefit the larger provinces - Ontario and Quebec - which happen to be where most of the political power comes from. That would be a very cynical thing to do to the country but, then again, Justin Trudeau knows on which side his bread is buttered.
Update: Consider this before you dismiss those critical of our government's handling of the Covid vaccine fiasco. The UK vaccinated 600,000 Brits (first dose) yesterday. The UK is a nation of 66 million. Canada's population is 37.5 million. Britain has a horribly incompetent government headed by Boris Johnson. We have Justin Trudeau. Canadian health workers have administered 954,000 vaccinations in total. Not one day. That's all in. Britain's National Health Service expects to see the impact of the vaccination campaign within two weeks. You've got some chance of getting vaccinated by late summer. Good luck.