The American Republic Is On the Ropes. Will History Repeat Itself? 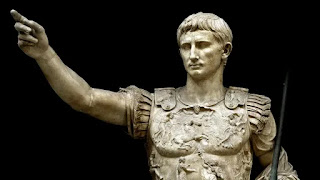 Two millennia ago there was another great Republic, Rome. It too was brought down, not from without but from within. It too had fallen into the hands of a megalomaniac, a man who convinced the citizens that he alone could save their country. He offered them law and order. They surrendered their democratic rights in the bargain.

His name was Augustus Caesar.

Imagine a world in which political norms have broken down. Senators use bad faith arguments to block the government from getting anything done. An autocrat rigs elections and gives himself complete control over the government. Even stranger, many voters subscribe to the autocrat’s personality cult and agree that he should have absolute control.