How Long Can the GOP Live Within It's Own Skin? 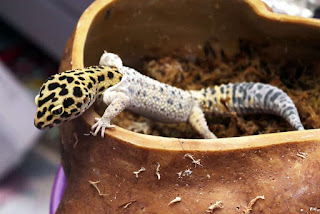 For some time, Old School Republicans have argued that their party has gone too far, it's beyond redemption. Their solution - burn it to the ground and start over.

It's one thing for a political party to entertain a broad spectrum of views, Big Tent politics. However there is no big tent big enough to encompass wildly conflicting realities, one fact based, the other belief based. That is the problem vexing today's Republican Party.

In the runup to the Civil War, Abraham Lincoln, quoting scripture, said that "a house divided against itself cannot stand." He was referring to a nation deeply divided over slavery. The country proved Lincoln right and succumbed to the Civil War.

It's been said that everything Donald Trump touches dies. The Party of Lincoln may be his ultimate victim. As this president's most odious offspring, Don Jr. said just before last week's riot, the GOP was now the Republican Party of Trump.

Two op-eds today, Jennifer Rubin in WaPo, and Thomas Friedman in the New York Times, argue it's time the warring Republican factions went their own ways.

Ms. Rubin argues that pro-Trump/pro-insurrectionist Republicans are poison to the GOP. The party has to purge itself of these types if only for its own survival.

Senate Majority Leader Mitch McConnell (R-Ky.) cannot appear to harbor Trump for a week, allowing him to leave office with the trappings of the presidency. The less decisive McConnell looks and the longer he delays an impeachment trial, the more he looks like insurrectionist cheerleaders Sens. Josh Hawley (R-Mo.) and Ted Cruz (R-Tex.). In addition, McConnell cannot allow one of his members who voted to disregard the voters’ choice for president, Sen. Rick Scott (R-Fla.), to be the chief money man and face of the Republican Senate reelection team. The same corporate and individual donors who will refuse to take McCarthy’s calls or write him checks will shun Scott. The only hope McConnell has of ever regaining his majority is to cut loose Trump and the most visible faces of the insurrection. He then needs the face of his Senate reelection effort to be a member smart enough to have eschewed sedition from the start. Doing otherwise puts all his members at risk.

Friedman's argument is that the Republicans are already fatally fractured.

I’m not sure I want [Trump] permanently off Twitter and Facebook. There’s important work that I need Trump to perform in his post-presidency, and I need him to have proper megaphones to do it. It’s to blow apart this Republican Party.

...If just a few principled center-right Republicans, like Mitt Romney and Lisa Murkowski, abandoned this G.O.P. or were simply willing to work with a center-left Biden team, the Problem Solvers Caucus in the House and like-minded members in the Senate — the people who got the recent stimulus bill passed — would become stronger than ever. That’s how we start to dial down the madness coursing through our nation and get us back to seeing each other as fellow citizens, not enemies.

Second, if the principled Republicans split from the Trump cult, the rump pro-Trump G.O.P. would have a very hard time winning a national election anytime soon. And given what we’ve just seen, these Trumpers absolutely cannot be trusted with power again.

It may be that the Trump cult and the Treason Caucus have fractured the relationship between the Donor Class and the Republican Party. Charlie Koch (brother David died in 2019) has said backing Republicans was a mistake. Last November he said that he wants to support bipartisan solutions. After the sedition of last week, Koch Industries has announced  that future support for candidates will reflect their actions leading up to the riots. Many major donor corporations have put their political gift-giving programmes on hold.

This does seem to present an opportuning to what Friedman calls "principled center-right Republicans" to attract Donor Class backing away from Trump cult Republicans. Even lizards have to shed their skin from time to time.