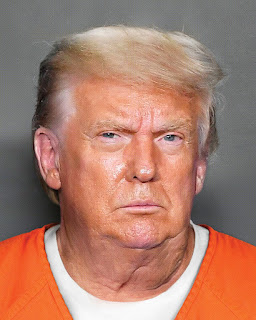 The Attorney General of Washington, D.C. - an elected position since 2015 - has announced that he will be investigating Donald Trump for inciting last Wednesday's mob attack on the Capitol.

There is an abundance of evidence, words and deeds, going back to Trump tweets weeks before the January 6th joint session of Congress to confirm the Electoral College results and thereafter.

President Trump admitted Monday that he is at least partially to blame for what transpired at the U.S. Capitol last Wednesday.

That's according to House Minority Leader Kevin McCarthy, who spoke with the president on Monday and later conveyed Mr. Trump's feelings to fellow House Republicans.

Multiple Republicans familiar with the exchanges confirmed the details to CBS News.

The call between the president and top House Republican came on the same day Mr. Trump met face-to-face in the Oval Office with Vice President Pence for the first time since the deadly siege, during which protesters were heard chanting, "Hang Mike Pence!"

But, surely, that's hearsay. It can't trip up the Grifter-in-Chief. Courts usually reject hearsay but there are exceptions such as statements from a dying person. Another exception is the "statement against interest." Where a statement by the accused constitutes an admission of guilt or responsibility, it is preemptively admissible.

There will be plenty of evidence of a call between Trump and McCarthy. McCarthy's account of what Trump is said to have admitted will be provable by the "multiple Republicans familiar with the exchanges" and presumably the admission will be consistent with the Trump tweets and his recorded exhortations to the mob just before the Capitol building was attacked.

That, folks, is meaty stuff.