For Those Keeping Score 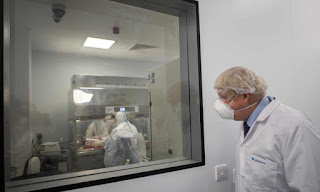 Since vaccines first became available about six weeks ago, Canada has administered 954,000 doses. That's all in.

Now the UK is more populous at 66 million compared to Canada's 37 million.  Britain is also handicapped by its woefully incompetent prime minister, Boris "BoJo" Johnson and the Brexit chaos that reportedly plagues the kingdom.

The National Health Service says it expects to see the effects of these vaccinations starting in about two weeks.

Closer to home, the US recorded 1.5 million vaccinations on Saturday, its third consecutive 1.5 million day.

Most Canadians should get their first shots in mid- to late summer. Well done, us.